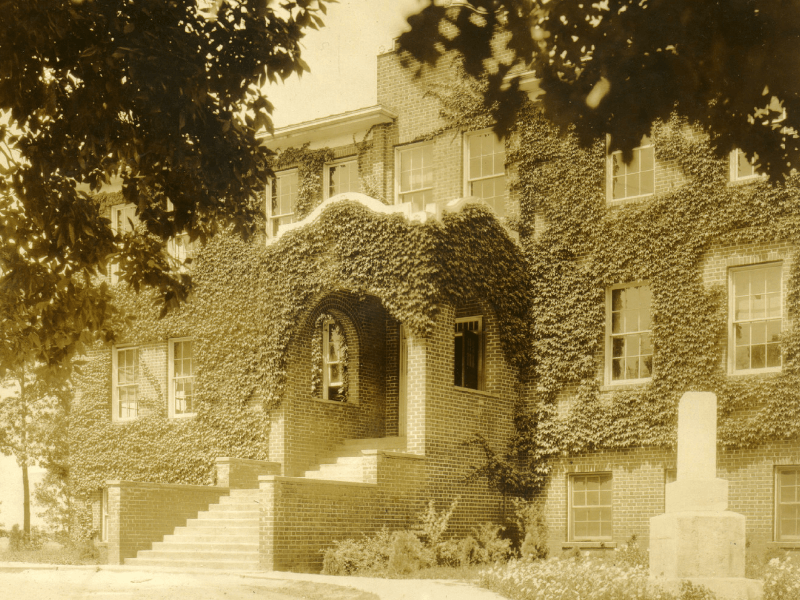 Southern Wesleyan: a “central” heritage in The Wesleyan Church

The Wesleyan Methodist Bible Institute was founded in 1906 with only three instructors. Now, Southern Wesleyan University is impacting students across the globe.

In February 1904, Dr. L.G. Clayton, Rev. Eber Teter and Charles Smith were part of a group of about 20 leaders who met on the brow of a hill for a prayer meeting. Clayton was a family physician to the small town of Central, South Carolina, a community that got its name from its location at a central point along the railroad running from Atlanta to Charlotte. He was also an ordained Wesleyan minister. Teter, a denominational leader in the Wesleyan Methodist Church, was a Union Army veteran from Indiana who helped build the school in the South. Smith was a layman and local businessman who secured enough land to meet the school’s needs.

Their partnership made the “Southern school,” now known as Southern Wesleyan University (SWU), possible. The Wesleyan Methodist Bible Institute, now SWU, was established in 1906 with a mission to develop Christian character in its students while giving thorough intellectual training.

On the crisp fall morning of October 15, 1906, the institute opened its doors with only three instructors. Smith Hall, their only building, was equipped with a new bell ordered from Sears, Roebuck and Company.

In 1959, Wesleyan Methodist College was transformed from a junior college/academy into a four-year liberal arts institution and named Central Wesleyan College. The 1960s started an era of unprecedented construction on the Central campus, with development of a new residence hall, classrooms, labs and the Folger Fine Arts Auditorium. Expansion continued in the coming decades with construction that included Walden Tysinger Gymnasium, Rickman Library and Jennings Campus Life Center. Since 2000, the campus has seen the addition of new residence halls and apartments, the University Dining Commons, Newby Education Center, Newton Hobson Chapel and Fine Arts Center, and the latest addition, West Residence Hall.

Intercollegiate athletics came to the Central campus in 1970. The Warriors played their first intercollegiate game — a men’s basketball game against nearby Toccoa Falls College. SWU won the game and went on to win regional and national championships. Since its beginning, the athletic program has expanded into 16 intercollegiate sports. In 2013, SWU Athletics took a major step forward and was accepted into the NCAA Division II membership process, becoming accepted as a full member in 2016. As Warrior athletics grew, new facilities were developed for baseball, softball, soccer, golf, track and field and tennis.

In 1986, Central Wesleyan expanded its programs of study to serve the needs of working adults, establishing the Leadership Education for Adult Professionals (LEAP) program, which is now known as SWU Online. The new millennium saw an expansion of its graduate program to master’s degree programs in business administration and education. In 2018, the university initiated its first doctoral program, an Ed.D. in curriculum and assessment.

Southern Wesleyan University’s structure and name have changed, but its mission— to be a Christian community of learners – a faith-filled community of inventive learning that recognizes God as the source of all truth and wisdom — has firmly and unapologetically remained.

Photo: Grimes Hall, known as the “Ad Building,” completed in 1916, was the “landmark building” for Wesleyan Methodist College (now Southern Wesleyan University) for more than half a century. Grimes housed classrooms and administrative offices and also housed students.