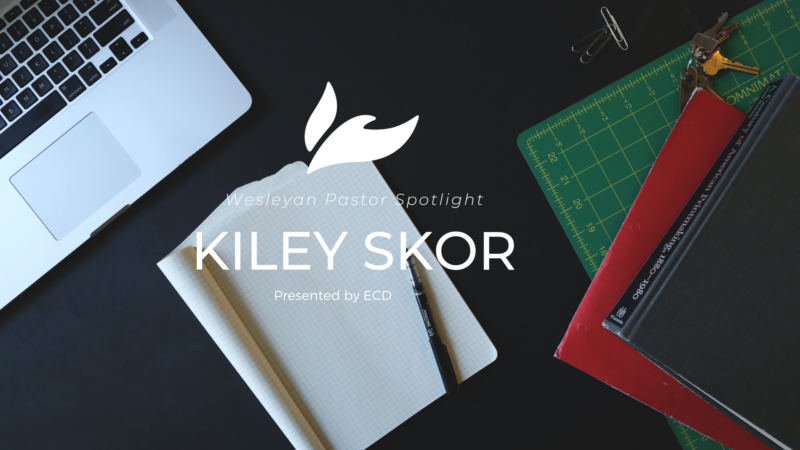 Stepping out from behind the curtain

Since stepping out from behind the curtain, Skor has found her voice as a leader and been able to focus on using her giftings for maximum benefit to the church.

Kiley Skor, a pastor as well as pastor’s spouse, tells the story of how she stepped into her calling

Kiley Skor once considered herself “a great second and the world’s most overqualified volunteer.” As a pastor’s wife with a love for worship ministry, she thought she had found her sweet spot filling in gaps and helping lead worship at the church. But after 20 years of this routine, Skor started to feel that maybe she was called to more than behind-the-scenes service. Could all of her work “behind the curtain” be a cover for pursuing her true leadership calling?

Skor was born in northwestern Nebraska to parents who felt a call into full-time ministry soon after becoming Christians. Her father became ordained as a Wesleyan pastor and traveled with his wife and three daughters 10 months of the year coast-to-coast to hold special meetings in churches of all sizes and denominations.

Skor remembers her mother’s struggle to fit into the narrow role of pastor’s spouse. The family didn’t receive many invitations to speak at Wesleyan churches in one particular state, because her mother put on makeup, cut her hair and wore her wedding ring. Skor remembers her mother saying she could forgo the makeup and let her hair grow, but she couldn’t part with her ring, which was considered forbidden jewelry by conservative congregations in the late 1970s and 1980s.

At summer camp one year in the sizzling heat of a state in the Great Plains, her mom opted to wear a sleeveless dress but soon regretted it for the backlash she received. The next year, she was determined to do better and donned a long-sleeved dress in the heat of the summer but again garnered criticism as the dress’s hot pink hue raised eyebrows.

Nevertheless, Skor’s father often gave the pulpit to his spouse to speak and said his wife was more popular than he was, as more people asked for recordings of the sermon when she spoke.

When Skor was in high school, she felt a call to ministry. She was a talented vocalist with a passion for worship music. However, in the late 80s, lead worship pastors fit a narrow profile — a man with an acoustic guitar — while women filled out the stage as harmonists.

Skor attended Barclay College to major in church music for three years and later attended Kingswood University as a music major for one more year. After graduating, she married an ordained pastor who had already been in ministry for three years. She saw her new role as pastor’s spouse as the opening she’d been seeking to fulfill her calling by leading from behind the scenes.

In 2001, when Skor’s husband Mike took a placement as assistant pastor at a church plant in Sacramento, California, Skor got her chance to try the role of worship leader. She and the lead pastor’s wife took on the unpaid position of leading the worship ministry, which Skor juggled with her responsibilities as the mother of two-year-old and newborn sons.

Two women stepping into a role traditionally held by men had its musical challenges.

“We had to transpose the music to change keys into our range,” Skor recalled.

But the times were beginning to change. While two pastors’ wives in California were transposing music to be sing-able by women, across the Pacific, a rising Australian vocalist, Darlene Zschech, was paving the way for women worship leaders by producing widely popular worship music sung by a female vocal lead.

After 10 years at the Sacramento church, Skor and her husband moved to Williston, North Dakota, a rapidly growing oil town, home to an eclectic, transient mix of people from around the world. The first couple of years at New Hope Church, Skor settled into her familiar roles, helping out with small groups and meeting needs in worship ministry.

But about six years ago, she began to sense that her service to the church might take a different form than her volunteer service. Her husband and others in the church had begun to point out that she was a natural leader and might be better suited for a full-time leadership role than hopping from need to need filling gaps.

“I was really struggling with finding my place. I hit a point for a few years where I just felt lost. Once the boys got older, I had more time and space to think,” she said.

At that time, a counselor named Twyla Stanifer joined the church leadership to help keep marriages on the staff healthy. Twyla helped Skor realize that her struggle was arising out of her longtime, unmet calling to ministry.

“I’d always said that I’d led from behind the curtain, but Twyla helped me realize that it was easier for me to do that because I wasn’t a target,” Skor said, explaining that when problems at the church arose, congregation members pointed the finger elsewhere.

“I really felt like God was saying, it’s time to step up, show some courage and step out from behind the curtain. You can continue what you’re doing, but from a place where you might get shot at,” she said.

Skor is now the weekly celebration pastor at New Hope, where she oversees all aspects of Sunday services, from tech to stage design to new guest hospitality, and of course, the worship team. She’s one of New Hope’s worship leaders, serving as a keyboardist and vocalist when needed. She is also on the senior pastoral team, leading pastoral care, counseling and teaching.

About a year and a half ago, Skor started Indiana Wesleyan University’s online biblical studies program. She graduated in August, 2019.

“I’m currently a licensed minister and will finish my last class for ordination in September,” she said.

Since stepping out from behind the curtain, Skor has found her voice as a leader and been able to focus on using her giftings for maximum benefit to the church. New Hope’s vision for Williston, North Dakota, has been oxygen to the spark of her calling.

“My ministry passion has always been to be able to communicate with people in a way that bypasses their walls and safeguards and connects them with the God who loves them and pursues them. There is no greater joy for me than to hear someone say, ‘I heard God speak to me today,’ especially when it’s the first time they’ve ever heard his voice,” Skor explained.

With its diverse, transient community, Williston is “a wide-open mission field,” with many lonely people longing for community and curious about spirituality.

“(At New Hope,) we unashamedly focus on reaching people who are far from God. Even the roughest of exteriors will soften if you can give them a safe place where they can finally recognize how God is drawing them and that He longs for them,” Skor said. 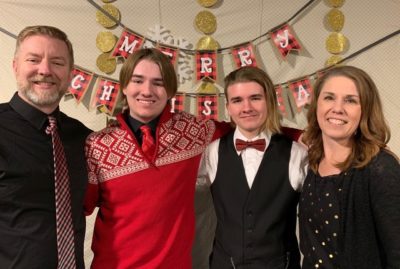 To learn more about and apply for free to online educational programs offered by Indiana Wesleyan University, click here