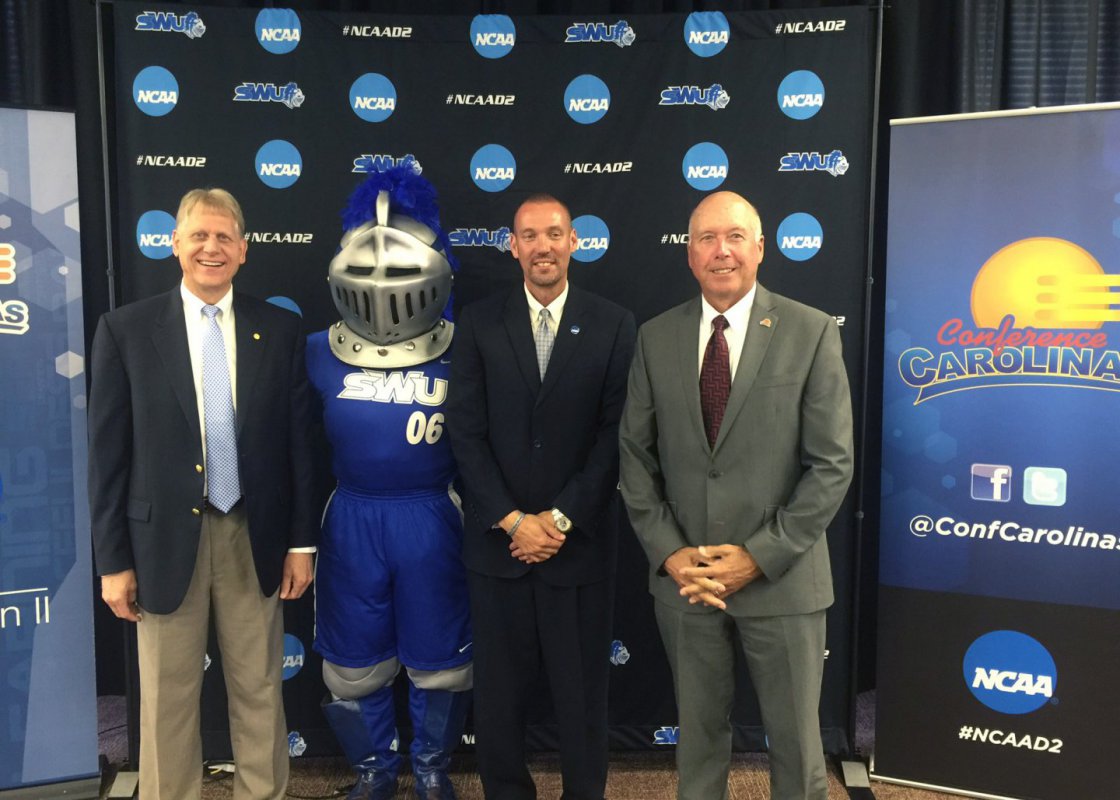 Southern Wesleyan University has been accepted as a full member of the NCAA Division II, completing a three-year process.

“With the growth Southern Wesleyan has been experiencing since our initial NCAA application three years ago, this decision could not have come at a better time in our history,” said Southern Wesleyan University President Dr. Todd Voss. “Our entire campus and surrounding community believe this move to the NCAA is a game changer for our students, our impact, and our future together.”

The Warriors began the process in the 2013-14 school year where they spent two years in the candidacy year phase and spent the past school year in the provisional year phase. Southern Wesleyan has competed as a transitional member of Conference Carolinas the past two years but was ineligible for conference awards, NCAA awards, conference championships, and NCAA postseason. The Warriors will enter full NCAA Division II membership September 1 and will be eligible for Conference Carolinas and NCAA postseason.

“On behalf of the SWU community and our athletics department, we are proud and excited to be accepted as full members of Conference Carolinas and NCAA Division II,” said Director of Athletics Chris Williams. “This three year membership process has made SWU stronger, better, and more unified than ever before. I am proud of the perseverance and tenacity of our transition team which includes so many people from many different departments across campus, our local community leaders, our alumni, our coaches, and our student-athletes. The ‘journey’ could be seen as accomplished, however we at SWU believe that this only continues our journey and our opportunity to lead as a Christ-centered university while participating in a spirit of competition within Conference Carolinas and the NCAA.”

During the three-year transition from NAIA to NCAA Division II, Southern Wesleyan has won two National Christian College Athletic Association men’s soccer national championships, a men’s golfer finished first at the 2013 NCCAA National Tournament, and four track and field relay teams and two individuals won national titles at the NCCAA National Championships. The Warriors had 69 NCCAA All-Americans, 52 NCCAA All-Region selections, and 57 NCCAA Scholar-Athletes during that time frame. SWU will keep its membership with the NCCAA as it moves into NCAA Division II.

“The NCAA membership process was a pressing journey,” said Assistant Athletics Director and Head Men’s Basketball Coach Charles Wimphrie. “The last three years has been stringent for everyone involved, but I am gratified to be a part of history at Southern Wesleyan University. The NCAA is a prestigious association and I am delighted that Southern Wesleyan has been accepted as full NCAA Division II members.”