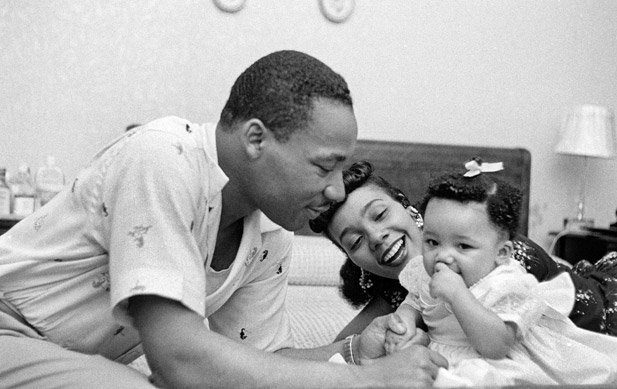 Early in King's public life, he reached a low point and was tempted to surrender to his own weakness. He found the Source of strength that carried him through his whole life.

Martin Luther King, Jr. is famous for his speech, “I Have a Dream,” given on the steps of the Lincoln Memorial on August 28, 1963. But do you know the story of a time when his life was constantly threatened, when a phone call told him that if he persisted, “in three days, we’re going to blow your brains out and blow up your house”?

He realized that religion had to become real for him. He had to know God for himself. Sitting at that table, he bowed over a cup of coffee and prayed a prayer. He prayed out loud. He said, “Lord, I’m down here trying to do what’s right. I think I am right. I think the cause that we represent is right. But Lord, I must confess that I’m weak now. I’m faltering. I’m losing my courage. And I can’t let people see me like this because if they see me weak and losing my courage, they will begin to get weak.”

It seemed he could hear an inner voice saying, “Martin Luther King, stand up for righteousness. Stand up for justice. Stand up for truth. And lo, I will be with you, even until the end of the world.”

He heard the voice of Jesus telling him to fight on, promising never to leave him alone. He said, “Almost at once my fears began to go. My uncertainty disappeared.”

I don’t know what you’re facing in your life, but as we observe Martin Luther King, Jr. Day on Monday, I hope you will remember that “Jesus Christ is the same yesterday and today and forever” (Hebrews 13:8 NIV). When you feel weak, call upon Him. He will strengthen you and help you to do what’s right.