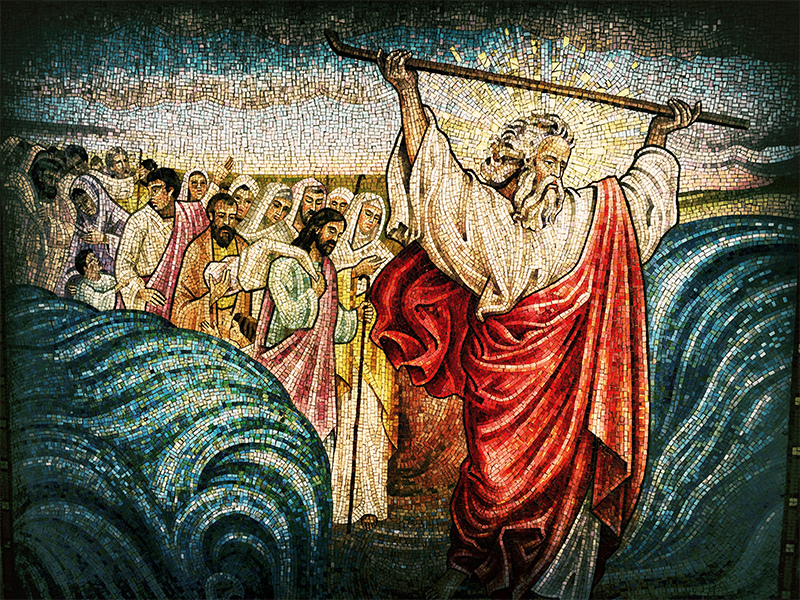 If you are looking to be freed from your slavery, then there is a promised land for you.

In a recent conversation, I was asked how the Bible’s account of the Exodus of Israel relates to pastoral counseling. I am used to tough questions, but this one took the prize. As I thought, meditated and silently asked God for an answer, he began to give me pieces of truth that I had to fit together like a puzzle. The final answer blew me away. Israel went through the literal baptism of the Red Sea to find freedom, but there were also a couple of figurative ones. If we are to truly be healed and delivered from our bondage, there are three baptisms we must undergo.

The baptism of desperation

Israel was caught in a trap between the Red Sea and the approaching army of Egypt, the symbol of their slavery. They saw no way of escaping and no means by which they could defend themselves. They realized they were helpless, and as the army drew nearer, their helplessness blossomed into desperation. If they were going to be saved, it would have to be by an act of God, and they cried out to him. They surrendered to the truth that they could not deliver themselves from their enemies.

In 20-plus years of pastoral counseling, I have found that the single greatest indicator of whether a person will be healed is not how long they have been saved, their level of biblical education or their achievements in Christian service. It is their level of desperation. When they have come to the end of themselves, they find that God is ready to part the sea for them just like he did for Israel.

The baptism of deliverance

God provided a way of escape for Israel, but they had to walk in it to be free of the threat of the army of Egypt. No other pathway would bring them freedom. They had to walk through the parted waters to get there. God did not magically transport them to the other side. He made a way for them but they had to will to walk in it. Their freedom would require some effort on their part. I have counseled with many people over the years who would “do anything to get better” only to walk away from the healing process when God’s chosen method of freeing them was not to their liking.

Deliverance means separating yourself from that which is a threat. For Israel, there was more than one threat. There was the army of Egypt and the Red Sea. God parted the sea, but Israel had to separate itself from the threat of Egypt, which also meant separating itself from its luxuries like onions, garlic and such. The luxuries were just as much a threat to Israel as the army was, and Israel needed to be delivered from both to remain free of slavery. If you really want to be healed, then you need to be willing to be delivered from everything that threatens you, including the things you enjoy.

The baptism of dependence

Once Israel crossed the Red Sea where the army of Egypt was destroyed, they were faced with the long trek to Canaan. They had no storehouses of grain, so God provided what was needed to feed them each day. Even then, their hearts turned back from time-to-time to the luxuries of Egypt, the place of their slavery. They had to depend on God to direct their journey as well as to provide for their needs. They were totally dependent on God, but they were finally free.

To follow God’s plan was the sure way to enter the promised land, and when they chose to rebel against his direction, it cost them 40 years of wandering in the wilderness. The baptisms of desperation and deliverance alone are not enough to bring you to the promised land God chose for you. I have seen genuinely desperate people walk through the waters that God parted for them only to turn around on the opposite shore and say, “Thanks for the help, God, but I can take it from here.” Instead of depending on God for each step of the remaining journey, they set out to chart their own course and wind up wandering in the wilderness.

Pastoral counseling means walking through each of these baptisms with someone and not letting them lose sight of why each one matters. It also means being patient while people move from one to the other, sometimes looking back and complaining along the way.

If you are looking to be freed from your slavery, then there is a promised land for you. You will enter it only after you are willing to admit that you cannot save yourself, choose to walk in God’s path of deliverance (including the luxuries) and depend on him for direction and each need.

He knows how to take you there. He’s done this before.