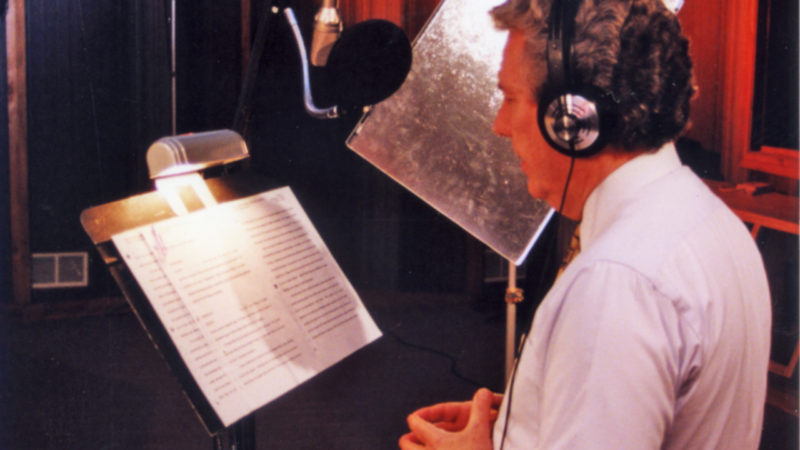 The Wesleyan Hour - Hosted by Dr. Norman Wilson aired over 200 radio stations in 120 countries for 32 years of radio ministry.

These were the words that introduced the last broadcast of this enduring ministry. The final message delivered by Dr. Norman G Wilson was entitled “If You Could Live Your Life Over”. Dr. Wilson had been the sole speaker of the program for its entire 32-year history. Testifying to the influence of the program, in October, 1975, upon hearing the very first broadcast and Dr. Wilson’s message, a man in Tuscaloosa, Alabama, was encouraged to attend a Sunday night church service where he was led to the Lord by the pastor. This is only one story of many that speak of the impact of this weekly broadcast. There had been a previous attempt to air a radio program in 1945, but unfortunately, it was forced off the air two years later due to financial difficulties. The newly re-tooled Wesleyan Hour grew from broadcasting on 40 stations in the United States to 250 stations worldwide. It was not only translated into Russian and Spanish but was the first established ministry of The Wesleyan Church in Russia. By the time he retired in 2008, Dr. Wilson had recorded over 1,700 radio broadcasts. He had been assisted through the years by producer, Jerry Brecheisen and musicians, J. W. Stiles and the Rick Webb Trio.

The broadcast had an estimated audience of 100 million people throughout the world and many listeners responded with personal testimonials of the impact of Dr. Wilson’s messages on their lives.

“We were thrilled when we heard the first broadcast four years ago. It is so wonderful to know many people from different parts of the world are coming to know the Savior and receiving other help as needed.”

“I receive the program very clearly on this small island of only 12 square miles. Mr. Wilson’s talks are very stirring and I enjoy them very much.”

“My wife and I were talking about separating. After hearing your message on marriage and divorce, I asked her if we could give our marriage another chance…”

“You are a blessing to me. No other radio program has ever spoken to me like yours.” (thirteen year old listener)

On June 29, 2008, after the final message was delivered, Dr. Wilson ended with a fitting benediction to over 30 years of radio ministry with “Finally, brethren, farewell. Become complete. Be of good comfort, be of one mind, live in peace; and the God of love and peace will be with you.” (2 Cor. 13:11 NKJ)

*Disclaimer: Books and other resources advertised on The Wesleyan Hour are no longer available.