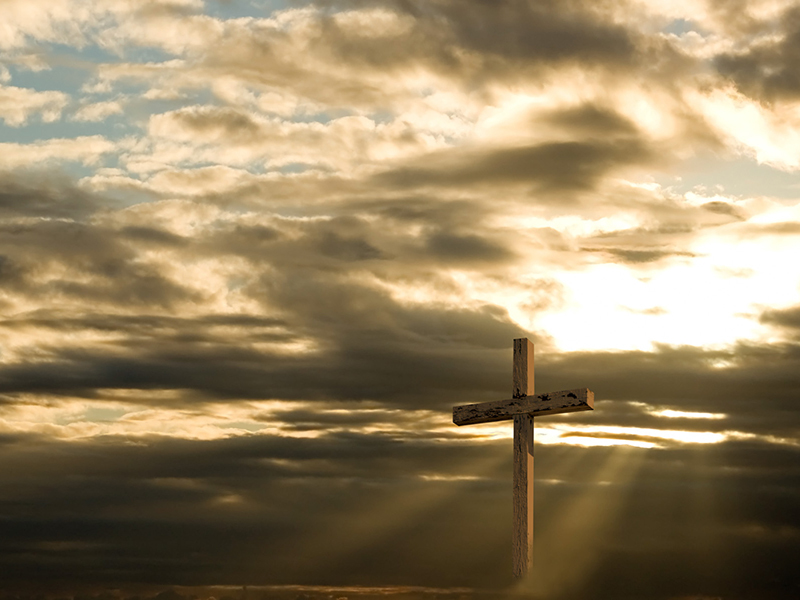 Then he appeared to James

The brother of Jesus would tell you that the resurrection was life changing.

One of the most precious and intriguing accounts of the post-resurrection appearances of Jesus, for me, is the simple phrase of Paul, in 1 Corinthians 15:7, “Then he appeared to James …”

What is fascinating to me about this statement is that it became one of the key anchor points in the historical proofs of the resurrection of Jesus from the dead. Put simply, what would it take to convince you that your brother was the divine Son of God?

In the accounts of the post-resurrection appearances of Jesus, there is only one time mentioned that he appeared to an unbeliever. All the other times were to believers. But this one time, Jesus appears to someone who was a skeptic. A doubter. James was the leader of the “man, you’re embarrassing your family” club. He had heard what others were saying. He had seen some things. But he wasn’t buying it. Then he watched as his mother’s heart was broken to see her oldest son, his brother, executed on a cross by the infidel Romans. It was a disgrace. The family name was ruined.

And then some days later, to his utter amazement and shock, James turns a corner and there stands his brother, bigger than life itself and more alive than he had ever seen him.

We are not told what took place in that encounter, how long it lasted, what was said or where it happened. But we know from the history of the church recorded in the New Testament that from that point on, James was an unwavering believer, becoming the leader of the Jerusalem church and the author of the book of James in the New Testament Canon.

James the Just. James the Righteous. James, the son of Joseph, the brother of Jesus.

If they had given out such names when I was coming along, I might have been called Danny Gene the Half-Right. I grew up in a time in the North American Church when the cross was the point of focus and the point of division. Our holiness movement tribe, as a small part of the growing evangelical movement, was unapologetically cross centered in its proclamation of the gospel. I do not believe I am exaggerating when I say that the cross was mentioned in virtually every sermon preached among us.

The cross was the focus of our appeal to repent (because of the sacrifice Christ made for us there), the delivery point of our salvation (through the blood Christ shed for us there), the source of our motivation toward sanctification (the power for the cleansing of all our unrighteousness) and the challenge for winning others to Christ (to share the Good News that their sins can be forgiven). And all those things are proper, true and worthy of proclamation.

But there’s more. There’s more that we heard too little about.

We heard very little about the resurrection. We sang about it on Easter. We screeched, “He Lives!” on the high notes, and we belted, “He Arose!” with great gusto. Then we put those songs aside like we do the Christmas carols, not to bring them out again until this time next year. And the Easter Sunday morning preaching? It was about the cross.

When I was a senior in high school, I took a small New Testament with me (probably a gift from the Gideons) and read a chapter each day in homeroom. I remember being pierced to the heart by Matthew’s crucifixion account. Then I turned the page. I’m a preacher, so I’m not supposed to admit this. But I remember being put off by the resurrection narrative. I thought, “Why did they have to add this? We have a hero who dies a hero’s death to save the world. Why couldn’t they have just left it there?” It seemed contrived to me.

Besides, the only ones who saw him were believers, right? If this part of the story is true, why didn’t he go to Pilate or Caiaphas and say, “Hey! Remember me?”

I wasn’t a real skeptic, but I was really missing at least half of the wonderful Truth, if not more. I went through Bible college with the same cross-centered view of the Christian life. Then, in seminary, I ran into this guy named Joseph Wong, a professor from Taiwan who was a genius. He taught BTh5 “The History and Criticism of the New Testament,” and he taught it with conviction. The monster, five-hour course was required of everyone. If seminaries have a rite of passage, this was ours. The capstone of the course was the last four class sessions, 90 minutes each, on the historical proofs of the resurrection. When I walked out of that class on the fourth day, I was a changed man. I do not know if others remember this from my preaching across my ministry career, but I rarely ever mention the cross without mentioning “the power of the resurrection.”

Like little brother James, I met someone who had been all the way to the end and came back in radiant glory to tell me all about it. And I wasn’t the only one of my generation either. I got to see a seismic shift in theological proclamation early in my ministry experience, driven by young hippies who walked away, barefoot, from dead religion and straight into the open arms of a risen Savior. They knocked the North American Church off course. People like Josh McDowell wrote books like “Evidence That Demands A Verdict.” People like Don Francisco and Dallas Holm wrote and sang songs like “He’s Alive!” and “I’ll Rise Again!” The North American Church rediscovered the resurrection.

Ask James — he’ll tell you it is life changing.

History records that some 30 years after the death and resurrection of Jesus, the Christians in Jerusalem were causing so much uproar with their life-changing message that a group of Jewish leaders came to James. They acknowledged how well respected and influential he was in the city and asked him to address the people, assuring them that this business of Jesus being the divine Messiah was not true. They put James up high on the temple wall during Passover and called the people to attention.

When they gave James the opportunity to speak, he declared with force and conviction that Jesus was indeed the risen Lord and was their only way to salvation. Enraged, the leaders threw him off the high ledge into the valley below. The fall did not kill him, and struggling, he gathered himself up on his knees and prayed for the forgiveness of his persecutors. This even further enraged them, and they began stoning him. He was dispatched from this life to the next when a man stepped up and crushed his head with a vicious swing of a wooden pole.

Tradition says that when James’ family and friends retrieved his battered body and began to prepare it for burial, they discovered enormous callouses on his knees. He had spent so much time in prayer, his knees looked like the knees of a camel.