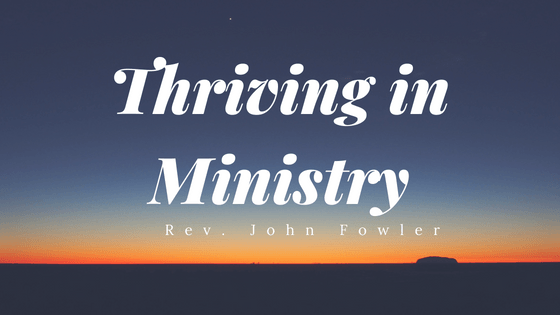 About two years ago, Southside Fellowship Church in Owensboro, Kentucky, started to explore the idea of doing church differently. The call to examine the structure of the church came from their pastor, Rev. John Fowler, who had experienced a personal

About two years ago, Southside Fellowship Church in Owensboro, Kentucky, started to explore the idea of doing church differently. The call to examine the structure of the church came from their pastor, Rev. John Fowler, who had experienced a personal revival in his own life two years earlier.

Fowler’s personal revival began while he was studying the Church of Laodicea in the New Testament and God’s command to avoid being lukewarm. Fowler felt conviction about God’s calling to all Christians to be boiling hot.

“I need to be boiling all the time and take responsibility for my walk with God,” he shared. “It made me hungry for something that wasn’t emotional but was real. I was able to tap into God’s glory and was changed consistently. It began a personal revival in me.”

As the personal revival grew in Fowler’s own life, it affected his prayer life immensely. Through prayer, he felt God calling him to lead Southside with a more apostolic approach to church, focusing on spiritual maturity for attendees. The church decided to disregard the normal parameters used to measure a successful church such as attendance or income. For example, one of the former goals of Southside was to grow their attendance number, but Fowler realized focusing on this particular goal did not help current congregants to grow personally. In a fresh approach, Southside has shifted their focus to an intense discipleship of their current attendees and has purposed to help those disciples grow deeper in their walk with Christ.

At Southside, discipleship happens on three levels: as a whole congregation, in small groups and on a personal level. Their main focus is personal discipleship in line with the belief that each person needs a student under them to disciple as well as needs to be a student to another person. Interested congregants are asked to sign up so they can be paired with someone else in their journey of discipleship. The process includes an interview and evaluation of each person’s spiritual strengths and weaknesses.  This information is used to pair people according to their needs. Once paired, the church provides resources for six to eight weeks focusing on a particular area of discipleship. Once the cycle is complete, pairs can choose to go through the process again for a different area of discipleship.

The personal revival in Fowler’s life has become a spark spreading a fire not only in his own church but in the surrounding churches as well. Southside has taken on Joshua 6:16 as their mandate for the surrounding community: “Shout! For the Lord has given you the city!” Their goal is to do more than take care of practical needs in their community, but to also be evangelistic and shine a light in the darkness.

Reaching across denominational lines, Fowler contacted and gathered as many pastors in the city as possible to create a team to develop a strategic plan to “take” their city for the kingdom. At their first meeting, Fowler explained how he saw churches doing good things, but overall, they were losing the war. He believes coming together and equipping one another regardless of denomination is the only way to win the city for the kingdom. While the team is still coming together and figuring out the best way to reach their community, their goal is to train people to be the love and power of Christ while being intentional about evangelizing. After their first training, they are planning an outdoor service with the hope of 250 testimonies of lives changed through their outreach.

This journey is one just beginning for Fowler, his church and the churches of Owensboro. Fowler is excited about where God is leading and points to his prayer life as being the No. 1 source of direction. He is ready to do whatever God leads him to do on a daily basis and looks forward to ministry in Owensboro.