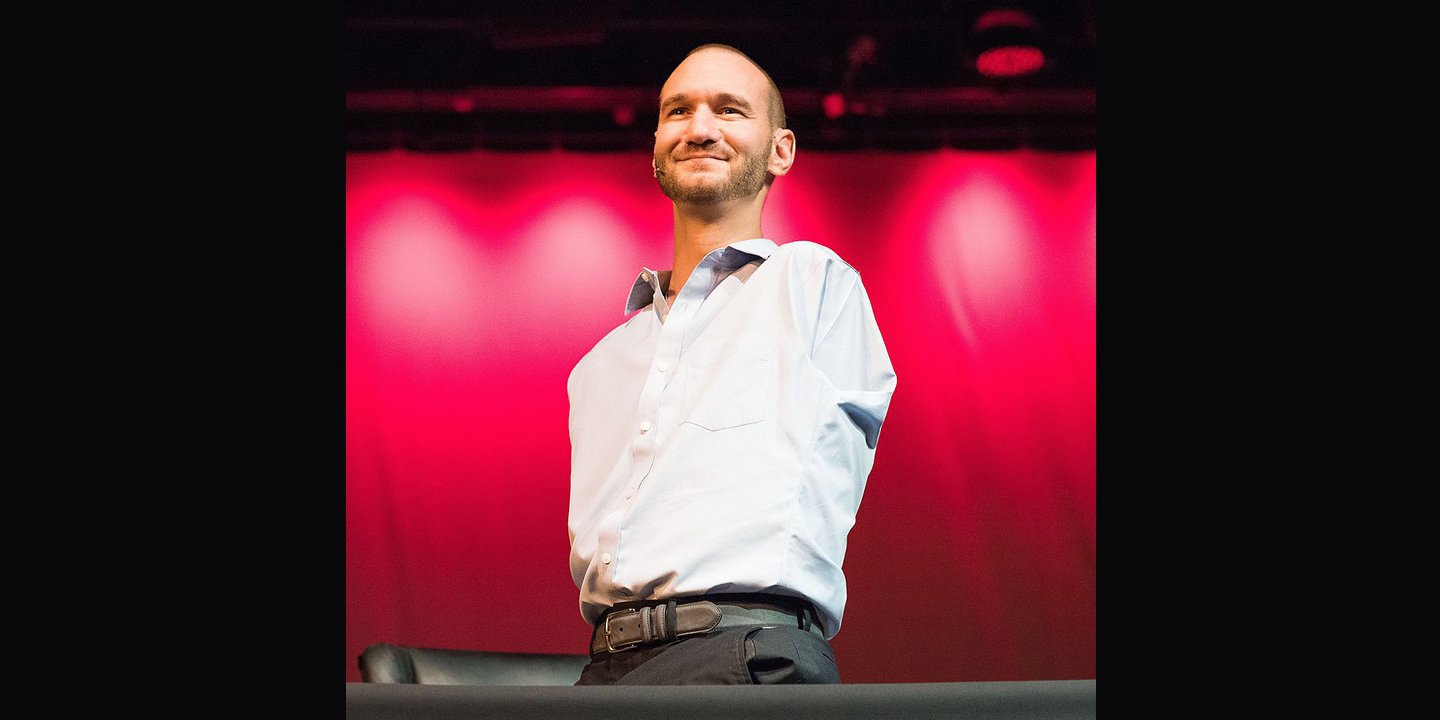 If you were born with two arms and two legs you are capable of anything.

Nick Vujicic is a motivational speaker.

In his mid-thirties, he has accomplished a great deal. He has written and published five books. He has acted in two movies, performed in a music video, appeared on Oprah, and has spoken to hundreds of millions of people around the world. He often fills entire stadiums.

Although that’s impressive, other young people—some younger than Nick—have achieved success in terms of movies, crowds, and earning power. What makes Nick special?

He doesn’t have any arms or legs. He was born without limbs. As you can imagine, his early life was difficult. When he was born, there was no medical explanation and no warning. Three sonograms had not revealed any complications. So his family faced the challenge of raising this boy who would never be able to run and play as other youngsters do.

He credits his faith, his family support, and his determination to make a difference with propelling him to a place where he is influencing the lives of multiplied thousands of people. Nick says, “If God can use a man without arms and legs to be his hands and feet, then he will certainly use any willing heart!”

Albert Schweitzer said, “A man can do only what he can do. But if he does that each day, he can sleep at night and do it again the next day.” I would add, if that person also has faith in God, a strong determination to excel, and prays for God to bless his or her dedicated efforts, God can multiply their effectiveness until it surpasses all expectations.

The apostle Paul said, “I can do all things through Christ who strengthens me” (Philippians 4:13 NKJV). Was Paul being boastful? No, he was testifying that Christ enabled him to do far more than could be expected.

Most of us have two arms and two legs. So no excuses. With God’s help, we can do great things!