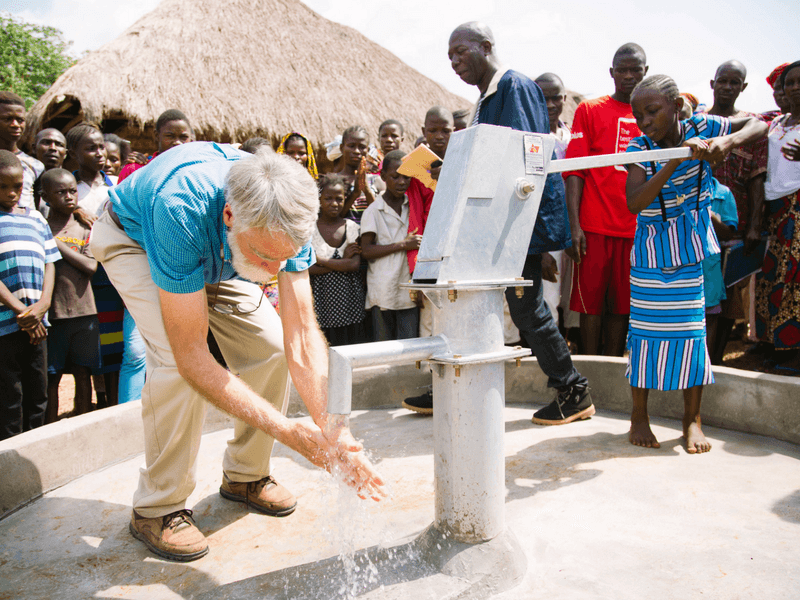 All over Africa, the phase “water is life” is commonly heard.

Even the least educated know this first-hand, because fetching water is a daily task for many. It is normal to walk a far distance to bring back this necessity of life. Unfortunately, the only source of water for millions is dirty, contaminated water from streams, swamps and shallow open wells. While the body usually fights off the harmful bacteria in the water, it is not without suffering much sickness—and for children under five years old and the feeble, death occurs all too often. We should alter the phrase to say, “clean water is life.”

In 2004, World Hope International (WHI) missionary, Larry Marshall, understood this. He was trying to do rural development work, but kept running into this issue: the people in Mozambique did not have enough water and what they had was not fit to drink. He asked WHI for a well drilling rig to address this. Jo Anne Lyon, WHI’s founder and president at the time, was supportive and raised the funds for a small trailer rig. WHI’s well drilling program was launched.

Now, 14 years later, WHI has drilled 1,227 wells, providing water to 845,000 people. Only God knows the number of lives saved by these wells that produce safe drinking water, but I suspect it to be in the thousands.

Besides sustaining physical life, the giving of a well provides a unique opportunity to present the good news of Jesus Christ. Jesus used a well to explain the eternal life he brought into our fallen world. Referring to the well, he told the Samaritan woman, “Everyone who drinks of this water will be thirsty again, but whoever drinks of the water that I will give him will never be thirsty again. The water that I give him will become in him a spring of water welling up to eternal life” (John 4:13-14, ESV).

It is certainly a good thing to save thousands of lives in this world and to remove the drudgery of carrying a 40-pound jug of water a far distance every day, but it is immeasurably more important to introduce people to Jesus—the one and only giver of spiritual living water. This is why WHI invites a local pastor or a Wesleyan Jesus Film team to participate in the well dedication and community hand-over ceremony.

In a recent ceremony, I explained to a mostly Muslim crowd that the people who gave the money for their water well were Christians who—motivated by Jesus—wanted to help those in need. I explained that they had been taught by their Lord to love others as they love themselves, and so they were willing to give freely from their pockets to pay for this well.  These Christians wanted to bring better health and life to their community, thousands of miles away from their own.

I told them that this same Jesus who inspires such generosity also taught that one must be born of water and the Spirit to enter into the kingdom of God (John 3:5). All people must be born again with a spiritual birth. Then I asked the village chief if we had his permission to send a team to show a film about this Jesus. With a smile on his face he said, “Permission granted.”

Soon, the Jesus Film team will show the film, which gives a powerful portrayal of Jesus’ life and ministry. Helping the poor with their physical needs—like clean drinking water—prepares the way for the Lord Jesus Christ to enter with his gift of eternal life. 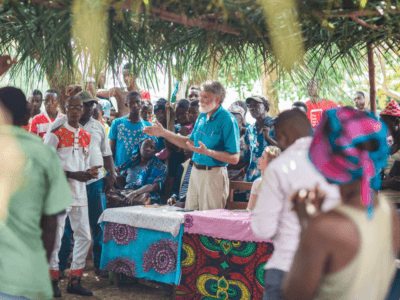