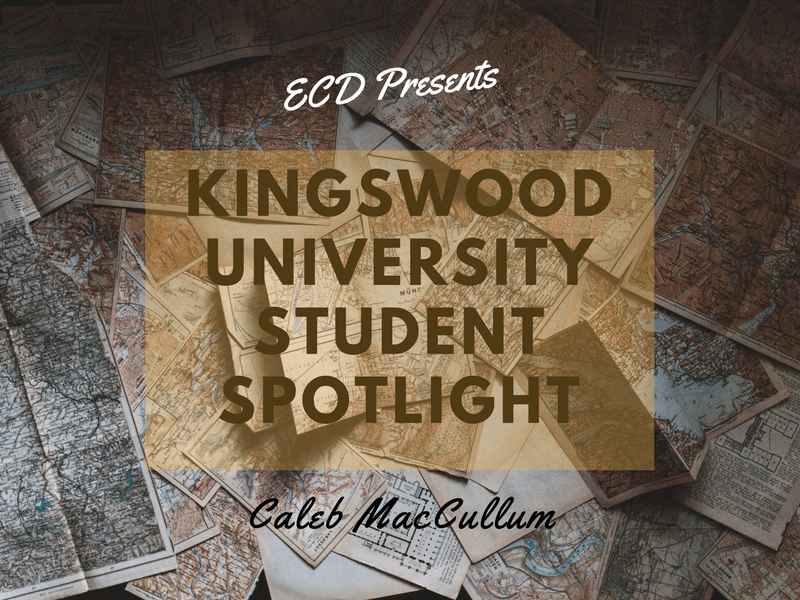 Wherever he leads: Caleb MacCullum 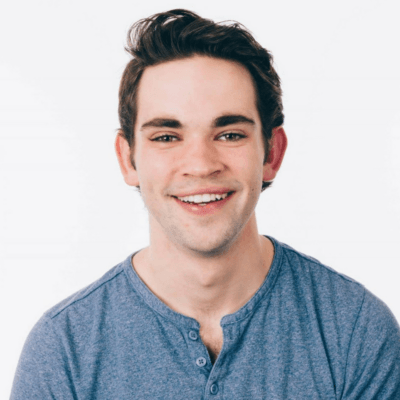 “I like to say God brought me to Kingswood ‘kicking and screaming,’” MacCullum said. It was never Caleb MacCullum’s intent to attend Kingswood University, but when God opened the opportunity for his attendance, MacCullum decided to enroll.

He had marked Kingswood off his list of college possibilities and had plans to attend another school in British Columbia. When the door closed on his first college choice, MacCullum decided to work for a year before attending a ministry college.

A few weeks before the fall semester was to begin at Kingswood, MacCullum got a phone call with an opportunity to attend the first year with his tuition covered. MacCullum shared:

“At this point in my life, I had already felt a call to ministry but wasn’t sure of the direction God was leading me. Deciding to take the step to go to Kingswood was the first step of my journey.”

The first year at Kingswood was difficult for MacCullum because it was a leap of obedience that brought him there, rather than his own will. He recalled:

“God placed me at Kingswood so I could grow, and during my first year here I grew a ton. God worked out a lot of my insecurities and by the end of my first year, I was a totally different person.”

In his first two years at Kingswood, MacCullum earned his associate degree through the Praxis Program led by Professor Michael MacNeil. With its focus on compassion ministry, the program was catalytic for MacCullum, helping him see the symbiotic relationship between evangelism and discipleship.

In his second year at Kingswood, MacCullum felt God leading him toward a specific direction in his calling, in church planting.

“I have a strong passion to see people come awake to the mission of God and to live it out every day beyond a Sunday morning experience,” MacCullum said.

“I want to be on mission wherever I go, like the disciples in scripture who shared the gospel ‘as they went.’ I want to see people come alive in their gifts and live it out while being a part of a community that shares those same goals.”

Now in his fourth year at Kingswood, MacCullum will soon graduate with a Bachelor of Arts in Ministry, on a path to ordination. Reflecting on his four years, he remarked on the consistency in Kingswood’s culture, the wealth of experiences that grew his love for God and the preparation he received for a future in ministry with The Wesleyan Church.

Once again at a point in his journey where the future is unclear, this time Caleb is ready to trust that God will open doors.

“I am open to going wherever God leads me. I want to be obedient to the calling he has placed in my life. God has opened doors for me at specific times, and I know he has called me in a direction to seek him,” MacCullum said, adding that he hopes to be a transformative presence within his community.

“My goal is to motivate the church and be one of the catalysts who sparks a discipleship movement.”