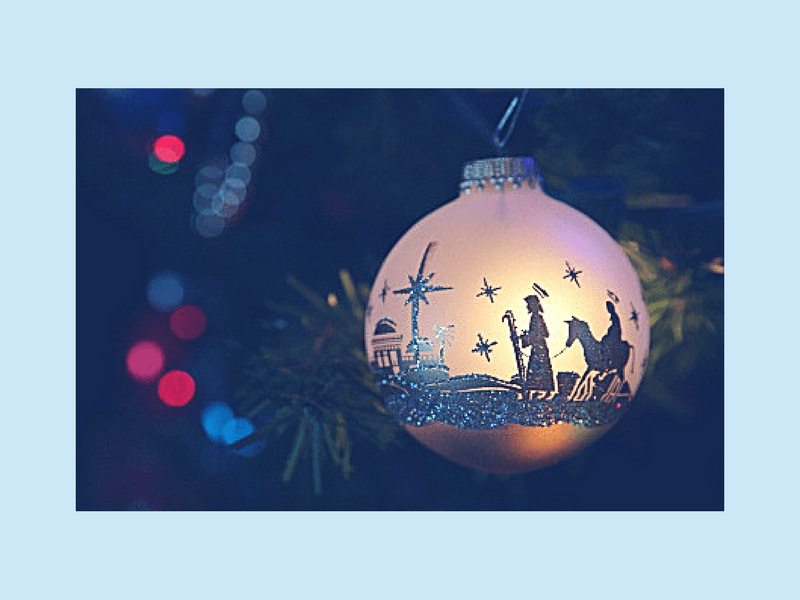 Without incarnation there is no Christmas

Jesus came from heaven to earth and took on humanity, knowing full well that his mission would culminate in his sacrificial death on the cross.

I admit: the incarnation is something that absolutely blows my mind! God becoming flesh, fully human, fully divine. Not one or the other, not either/or—both/and.

John says that “through him all things were made.” Picture the nativity scene through that lens, and it will blow your mind. God created the wood for his own manger. He created the hay that lined the manger. He even created his own mother and, yet, he depended on her for his very existence. How can we, as finite humans, get our minds around that? Martin Luther must have struggled with those kinds of thoughts as well, because he wrote in one of his hymns, “He whom the world could not enwrap, yonder lies in Mary’s lap.”

Leith Anderson, president of the NAE (National Association of Evangelicals), told of visiting Manila, the capital of the Philippines, and being taken to, of all places, the Manila garbage dump. To his amazement, tens of thousands of people made their homes on that dump site. They had constructed homes out of materials other people had thrown away and every day they sent their children out to scour the dump looking for food. He was told that many people were actually born in the dump, grew up and lived their entire lives there without ever going anywhere else.

But there were also Americans who lived on the garbage dump. They were missionaries who chose to leave the comfort and safety of the U.S. to communicate the love of Jesus to people who would otherwise never know the good news of the gospel. It’s incredible that there are people who would leave the comforts we have in our country to live in a garbage dump in another country.

While incredible, it pales in comparison to the journey Jesus made. He came from heaven to earth and took on humanity, knowing full well that his mission would culminate in his sacrificial death on the cross. God with us.

The Apostle John said it best, “The Word became flesh and made his dwelling among us.” C.S. Lewis also expressed it well, “The Son of God became man to enable men to become the sons of God.”

The incarnation is the whole point of Christmas. May we all remember that as we worship the incarnate God this Christmas.