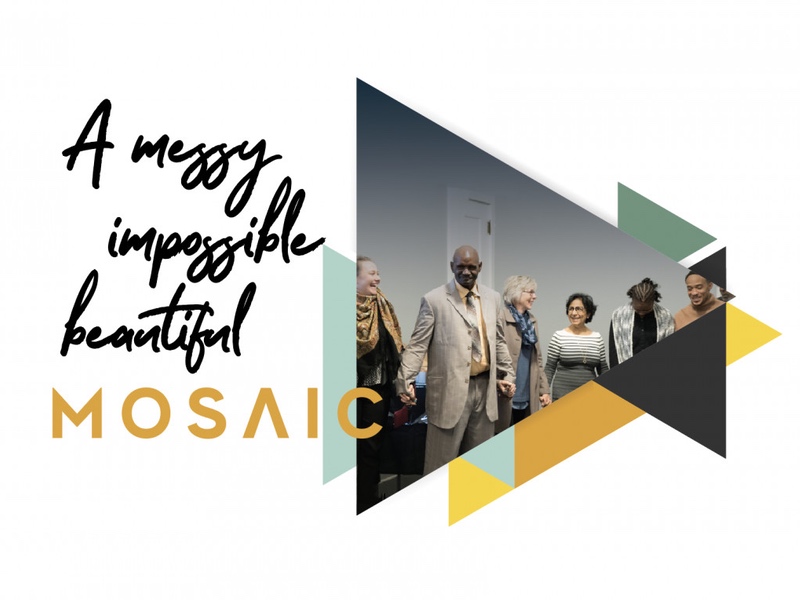 The stories of those finding Christian community at Mosaic are as varied as its members.

Mosaic Midtown Church in Detroit, Michigan, is “a messy church, because you get people with all different views [of] how to do life.”

That’s how Rev. Mick Veach describes his church. The multicultural, multi-economic church earned its name as a description of the way the church has come together as a mix of people from diverse backgrounds. Through the simple, slow efforts of the church to build day-to-day trust in the Detroit community, many people are discovering that Jesus wants to transform and restore their lives. This mosaic of people “puts together a beautiful picture that shows what Christ can do.”

Veach said Mosaic began with a question: “Is it possible?” Citing racial tensions and national unrest, he wondered, “We all say that when Christ comes back, we’ll all be at the foot of the cross and celebrating him. What if we had the courage to say, it’s actually … this side of the cross that we can see the power of the gospel?” By reaching out to the community using simple methods like handing out free ice cream for hours every Tuesday, Mosaic became a place of restoration for people of different income levels and backgrounds.

“Mosaic is a church of all shapes and forms and sizes of people that declares that the kingdom of God is for everybody—regardless of what you’ve done on a Saturday night,” said Veach. “The cross is big enough for you, and forgiveness and hope are for everybody.”

This mosaic of people “puts together a beautiful picture that shows what Christ can do.”

Michael Newton is among those who have found hope in Jesus at Mosaic. Newton is a Detroit native whom Veach met at a treatment center for substance abuse. Newton’s childhood role models demonstrated to him that value could be found in what he describes as “the street life,” which eventually led to dealing drugs and subsequent jail time. Newton had encounters with Christ that culminated in his going to the treatment center, a “refuge” in the midst of chaos, where he surrendered his life to God.

“I don’t want anybody to think that this is all rainbows, because there’s definitely a battle,” said Newton. “The struggle is real … but God has built a foundation in me.”

Upon meeting Veach, Newton became involved in Mosaic, which helped provide the community he needs to follow Jesus. Both Newton and Veach cite scenery and community as essential components to transformation. Without making a change in environment and finding a new community, most people will find walking with Christ difficult, if not impossible. And Mosaic aims to be a place where all kinds of people can find that community.

The stories of those finding Christian community at Mosaic are as varied as its members. Originally from Cairo, Egypt, Wafaa Hanna was raised a Presbyterian among a Muslim majority. She struggled to see Muslims with “Jesus’ heart” in the midst of their discrimination. After many years of practicing medicine in Detroit, Hanna and her husband began attending Mosaic. It was there Hanna discovered God’s call for her to witness to Muslims around her in the United States.

The work of Christ has produced a mosaic of people at what some might call an impossible church.

Hanna has earned the title “Muslim magnet” as a physician in a Beaumont hospital, because of the connections she has built with Muslim patients under her care. This journey, however, took God’s transformative work to change her heart. Hanna reminds us that healing is good, even if it can hurt. After all, “we use a scalpel to heal the patients.” And at Mosaic, she has found a pastor who “uses a spiritual scalpel with the congregation.” The result is lifelong Christians like Hanna finding renewed hope in Christ.

Altogether, the amazing transformations happening at Mosaic may not be replicable. This is because, according to Veach, “God works uniquely in every situation.” God’s work may not be easily boiled down to a few actionable principles but instead may manifest itself on the terms of a local community’s needs.

“We did it all upside down,” said Veach. “We went after everybody.”

“Sometimes God does what God wants to do in spite of what the experts say,” said Veach. The experts might have said that what happened with Mosaic wasn’t possible—but because Veach and others dared to beg that very question, the work of Christ has produced a mosaic of people at what some might call an impossible church.

This story was originally published in Wesleyan Life.