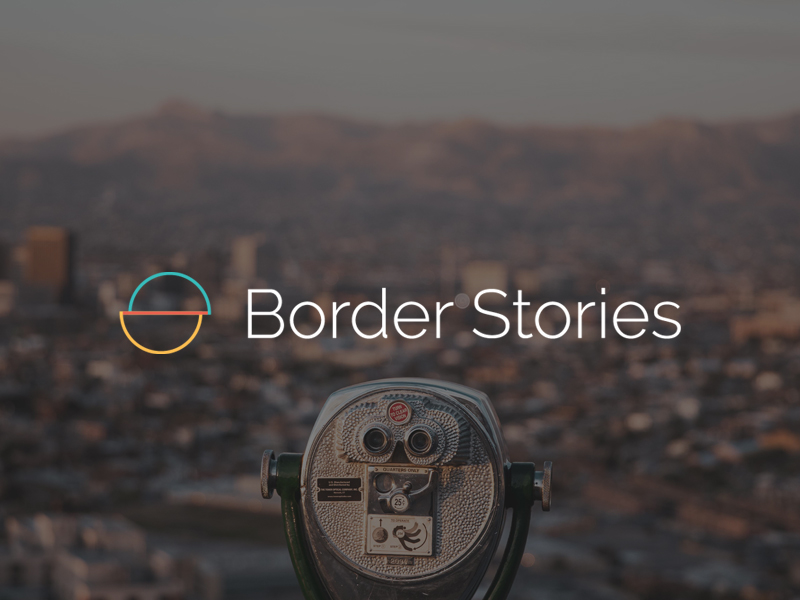 Border Stories: Meet me in the middle

When it comes to the border crisis, the church must sit in the tension with humility and an appetite for learning.

I boarded a plane to El Paso late on a Sunday evening. The flight would only last an hour, and so I settled down in the middle seat between two young women. Both women appeared to be about the same age and race, both friendly as I squeezed through with my big camera bag.

As the flight attendant began the usual safety presentation, the girl on my right asked why I was going to El Paso. I told her that I was joining a small team of clergywomen and educators to document the crisis of Central American asylum seekers at the border. Her face changed from warm to guarded, and she shortly said, “Oh, OK.”

After an awkward minute of quiet, she broke the silence by telling me she was a medical student in El Paso, and she was frustrated that women would cross the border in labor to have babies on U.S. soil. She felt that migrants were entitled, and that poverty is not a crisis or cause for relocation. She explained that an 8-year-old migrant girl had recently died in Border Patrol custody, and that everyone in El Paso was blaming Border Patrol. She had heard that the little one had been sick, and it was assumed that her father didn’t want officials to know so that they could cross the border legally without any issues. It was the father’s fault, not Border Patrol. 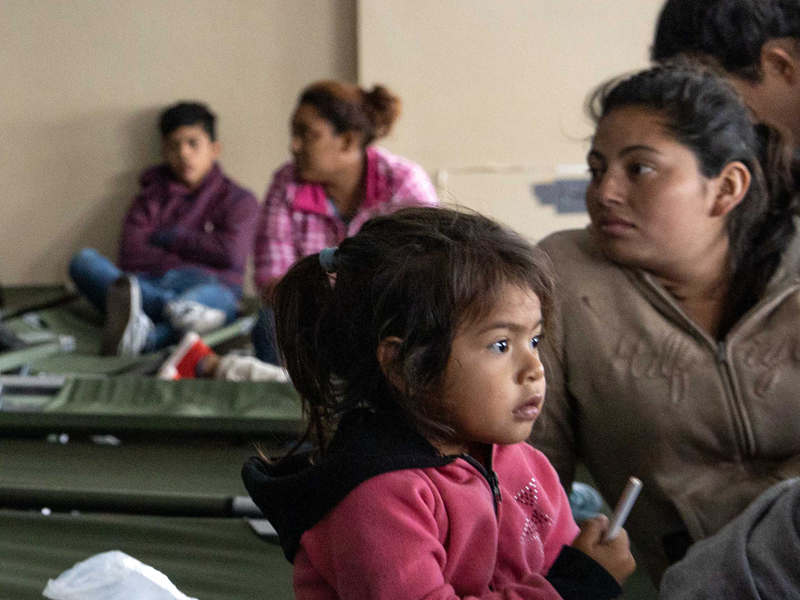 I sat listening to her stark opinions and observing the passion behind her story. But the conversation was about to change. So far, the girl on my left had said nothing. She wore headphones and didn’t appear to be listening. As the med student on my right explained her opinion about the death of the little migrant girl, the woman on my left stood up suddenly. With tears in her eyes she looked at the other woman and shouted, “I cannot sit here and listen to this. Are you even a human being? It was Border Patrol’s fault and you know it! These migrants just want a better life.” With that she found another seat six rows back, and our plane took off for El Paso. 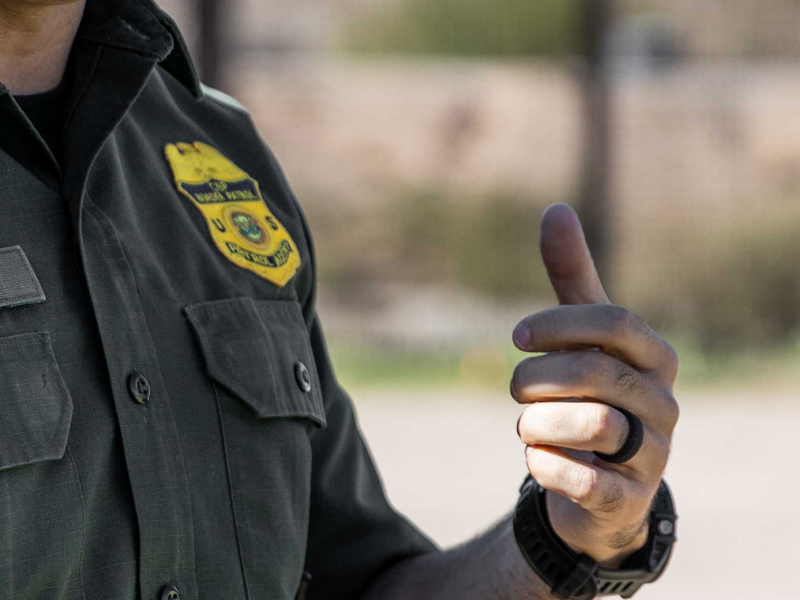 As I sat in that middle seat, I felt the tension building. This polarized confrontation regarding the crisis of asylum seekers at the border was not isolated to our airplane. These two women represented the current division in our country, with God’s church positioned right in the middle of it. As tension was building, I felt uneasy and unsure of my place. I didn’t know who to console, who to side with or how to move our conversation forward. I felt the gentle nudge of the Holy Spirit affirming that I was right where I should be: in the middle.

At that moment it became clear that the church needs to own the middle seat in a divided political climate, modeling the graceful and confident Savior that was never ruffled in the midst of tension. He always knew what questions to ask, what conversation to start and how to engage even the hardest people around him. Jesus navigated the tension of his time in a way that changed the entire world. He is still doing it today through his church.

The crisis at the border is a unique opportunity for the church to bring the life-changing, eternity-shaping, border-fixing gospel of Jesus to all sides, all people and all opinions.

So how do we do this? How do we walk in the middle, embracing tension confidently so that more people can come to know Jesus? Here are three things God’s people can do to walk in the tension of our time.

In the midst of tension, we are tempted to fall prey to picking a side. Either we are Republican or Democrat, pro-Border Patrol or pro-migrants, pro-wall or pro-open borders.

The current conversation doesn’t provide a space for the middle, but Jesus is always having a better conversation. He is above the noise with clarity and direction.

We’ve got to learn to listen to his voice. Hearing the voice of God is one of the great benefits of being one of his children, but many Christians don’t feel confident that they know what his voice sounds like. How can this be? Well, the world is noisy! Jesus knew this all too well, escaping often to quiet places to listen for the Father’s voice. Those moments alone with the Father prepared him for the moments of tension he faced in ministry.

When we are trained to hear the voice of God, we are better listeners of people. We can sit and feel the pain of the med student who feels backed into a corner because of the brokenness in our legal system and media. But we can also connect with the humanity of a migrant girl who didn’t get the care she needed. We can sit and cry with the asylum seeker as she explains the violence she has endured, while at the same time resonate with a frustrated Border Patrol agent who feels like a good chunk of the country thinks he’s a monster.

We can minister to both sides if we will only learn to listen to God and to people. We cannot fall prey to the temptation of polarization because it is a detriment to the mission of making disciples. Instead, we should sit right in the middle, confident that Jesus has let us in on a greater conversation and is equipping us moment by moment to engage the people he loves.

Tension is tough because it reveals how much we don’t know. As the two women expressed their hurt and frustration, I was internalizing all of it, asking myself, “What do you believe, Ashley?” No one likes to not have an answer when so many people seem to have an opinion. No one likes to be perceived as unprepared or uneducated.

The truth is, very few people talking about the border crisis have actually visited the border. Many have believed whichever skewed media channel that the algorithms of Facebook have presented to them.

The church must sit in the tension with humility and an appetite for learning. What are the policies in place already and which ones are being presented? What is the appropriate language for talking about migrants? What would Border Patrol say about all this if they had the chance? What would migrants say about all this? What is happening in Central America? What is the history of the relationship with the United States and Central America? Who is currently at the frontlines working to fix this?

As we embrace the reality that we may not understand the whole picture, we will begin to catch God’s heart for how the church at large can engage this crisis. Our action plans will be more on point. They will actually make a difference as opposed to just having conversation. Our gospel presentation will be told more effectively. More people will come to know Jesus if God’s church is committed to a posture of learning.

When I returned from my trip to El Paso, I was reeling. The crisis was so big. It was so beyond me. There are layers and layers of needed change and it’s not happening anytime soon. All I wanted was to do something about it. I had a thousand ideas of how to fabricate a response, but nothing felt big enough.

A week after returning, I sat in the silence of my home and cried. The faces of asylum seekers flashed through my mind: their sick children, stories, fears, risks, hope for something better. I pictured Border Patrol agents coming upon dead children in the desert, harboring trauma and never dealing with it. The things they’ve seen.

My heart was breaking, but there is purpose in letting your heart break. I’m the first person to put an action plan into place, but without proper lamentation, our actions only touch the surface. Actions can be an escape from leaning into pain. When we act, we can escape the hurt we feel, the hurt God feels for a broken world.

The reality is, there is power in lamenting. There is power in intentionally embracing the pain of the world. As we lament, we are vulnerable and willing to admit that we don’t have the answer, but we worship a God who does. Lamenting slows us down from the pace of a world where stories of devastation are reported to us by the minute. Lamenting re-sensitizes our hearts to brokenness, and therefore reignites a passion for proclaiming the story of Christ to a divided nation. Lamenting brings clarity, hope and communion with God. Action plans birthed from lamentation have real impact in the middle of tension.

As we walk in step with God through the tension, we naturally go where he goes. And where he goes, redemption, healing, freedom and hope follow.

May God’s church stand firm in the tension of the border crisis, committed to the mission of Jesus through the power of listening, learning and lamenting. May more people come to know Jesus in this time and space in history because of the way the church responds to this crisis.

Ashley Jennings is an ordained minister in The Wesleyan Church. She pastors Village Church in Red Rock, Arizona, where she leads a multiplication vision for southern Arizona, and serves as co-multiplication director for the Pacific Southwest District. Jennings has been married to her husband, Matt, for 12 years, and they have three children. She spends her spare time running a photography business and is passionate about evangelizing the lost and equipping believers to multiply into the surrounding communities.