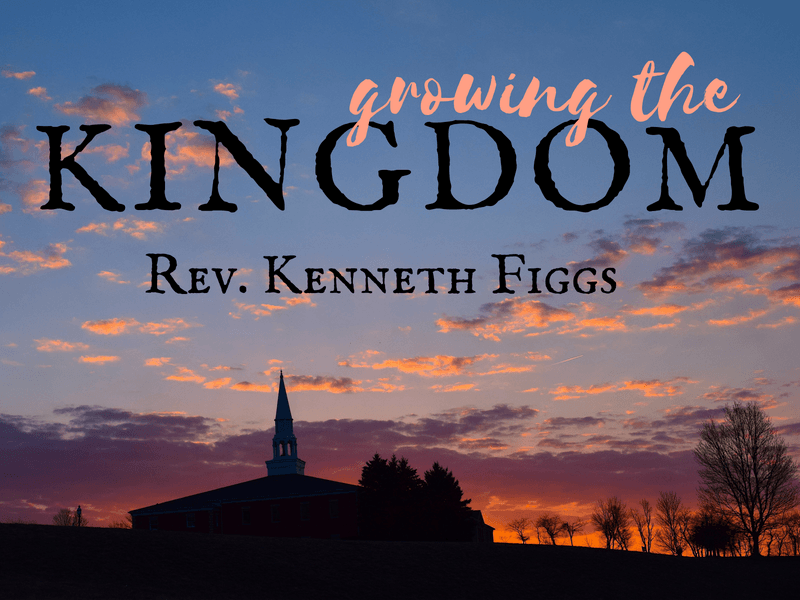 Ask anyone in Harrington, Delaware, where the Wesleyan church is, and they’ll point you to the place where cars overflow the parking lot and line the streets any Sunday. Harrington is a town of 3,300 people, and about one in five call Calvary Wesleyan Church their home.

But it wasn’t always like that. Fifteen years ago, the new pastor – a Delaware native who grew up about an hour and a half south of Harrington – sat down with the church leaders to write a vision for the congregation. They settled on three words: begin, become, belong. And from that day, Rev. Kenneth Figgs and his team began reaching out to bring belonging to their neighbors, both down the street and around the world.

While some churches grow by attracting newcomers with comfy chairs and good coffee, Calvary got their name out on bags of potatoes, cranberry sauce and rolls. Every Thanksgiving, Calvary spends a whole day, in two shifts, packing meals that are delivered door-to-door to half of the houses in their community.

That’s just one of about 30 community events the church organizes every year. They pack another 100,000 meals of beans and rice that are sent around the world, and have managed to give $1.2 million to missionaries from Albania to Kenya.

“What makes us unique is our outreach into our community and our willingness to serve,” said Figgs.

In Figgs’s first 12 years at Calvary, the vibrancy of the church’s community and worldwide service had catalyzed growth from 240 to 750 attendees. They had raised enough money to buy a 36-acre plot of land up the road to build a bigger building to accommodate the overflow.

But, when the longtime youth pastor, Rev. Kenneth Wagner, said he felt prompted to plant a church in another city, Figgs was faced with a dilemma.

In over 30 years of ministry, Figgs had committed to the vision that congregational growth was the key component of kingdom growth. After 12 years, Calvary was bigger than ever. He knew a church plant would mean losing valuable leaders and a significant slice of the tithes that were helping save money for the new church building.

“Grow your church, grow the kingdom was what I grew up with,” he explained. “I don’t give up people easily.”

Figgs told Wagner he’d need a year to pray about it and seek God’s vision for the church. He’d seen God bless Wagner’s youth ministry and he knew he was capable of leading a church.

“I knew he had the potential, but the biggest challenge was releasing people,” he said.

In that year of discernment, God began enhancing Figgs’s understanding of the vision – still focused on growing the kingdom, but through multiplication of new disciples, wherever they lived, rather than just adding new members to his congregation.

“I had to grow to see multiplication as the way to grow the kingdom. At this stage in my ministry, that’s the biggest change I ever had to face,” Figgs recalled.

“I’m completely sold on that at this point,” he chuckled.

After Calvary released 200 church members to support United Church in Dover, Delaware, the plant has now grown to 1,500 attendees and is starting a second campus.

The vision shift to multiplication has led Calvary to start partnering with three other churches in need of support, sending a few staff each week to preach where there isn’t a pastor, helping them get back to health. In three years, Calvary has developed, trained and sent out about 16 pastors from its congregation.

“This is part of our kingdom growth as well,” Figgs explained.

He said some congregation members gave pushback when he first started preaching occasionally at other churches, insisting he was their pastor. “Let’s not get possessive,” he told them gently.

Figgs said his ability to hear and accept a vision shift from God was due to his spiritual self-care over years of ministry.

“I’ll be 63 in a month. I’m an older guy with a younger mentality,” Figgs reflects. He says he’s kept himself open to change through committing to certain disciplines – from reading books to physical exercise.

“Those things are important to keep us on that cutting edge. What you feed yourself is what gets released from yourself,” he said, encouraging other pastors to maintain habits that will keep them available to God’s direction for their church.