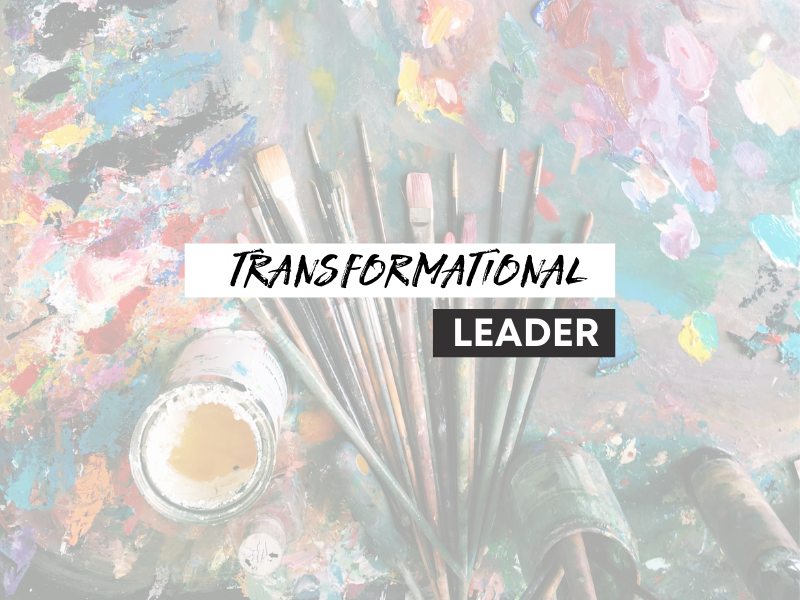 Imagine if we were all transformational leaders

At the end of the day, it’s not only about transforming a culture, church or denomination. It’s about people.

When I am at Wesleyan headquarters in Fishers, Indiana, I’m struck each time as I walk past the vision statement, in large letters on the wall: “transforming lives, churches and communities through the hope and holiness of Jesus Christ.”

Imagine a whole denomination full of people who lead under this banner. What might it look like if we were determined to be transformational leaders? What words come to your mind when you imagine what that would mean? How do you imagine our Wesleyan vision statement being lived out in your life? In your church? In your community?

We could come up with a long list together. Let’s begin with three words.

To be a transformational leader is more than leading followers. It’s also reshaping culture to stay focused on the mission. I say “reshaping” because wherever we are leading, there is already a culture of some sort. Transformational leaders reshape to progress more effectively toward the mission. The Wesleyan Church’s strategic focus is, “celebrating every time a disciple makes a disciple and a church multiplies itself until The Wesleyan Church has a transforming presence in every ZIP code.” This is a culture-shaping focus.

When I think of examples of transformational leaders who reshaped their culture, Walt Disney comes to mind. He, without me even needing to take time to describe it, reshaped family entertainment. The fact that you have an instant picture in your mind when you think of Walt Disney is an example of a transformational leader. He is gone now, but he reshaped the culture of family entertainment, which is experienced literally around the world.

A transformational leader is a culture shaper.

A transformational leader makes leadership development more about the followers accomplishing the mission than themselves.

Allow me to give two examples. First, some of you may have heard of the Shalane Effect. It was 2017 when a woman won the New York City Marathon for the first time in 40 years. Shalane Flanagan broke the drought and won with a time of 2 hours and 26 minutes.

Flanagan is truly not just an elite athlete. She is a transformational leader. On the day she won the New York City Marathon, there were 11 other women who were experiencing success because of her. Every one of her training partners — those 11 women — had made it to the Olympics while training with her. The stories go on and on and they call it the Shalane Effect.

Second, Jesus is our best example. His earthly ministry with his disciples was only three years in length, and it all took place in a very small geographic location. After that, he ascended back to heaven. To be honest, if I had been Jesus, I would have mentioned to the Father in one of my early morning prayer times that we better adjust our plan to allow me to stay on earth for six or seven more years. Three years of training is not enough for some people like Peter or Thomas.

Perhaps we can look at it this way. Jesus ascended back to heaven but has been watching the church stumble around on many important matters. I can imagine Father God saying to Jesus, “Son, how about if I send you back to earth every 100 years or so, and you can give some refresher courses.”

Jesus has so much to teach us. His example has been powerful in my life. Equipping and empowering was my absolute favorite thing that I did in my years in local church leadership. Doing things myself or giving the ministry to others to enjoy are two distinctly different styles of leadership. Jesus’ example is counterintuitive. I have found it equally challenging and rewarding.

Jesus trained his disciples and then, in many ways, let go. Perhaps a more accurate description is that he partnered with them, by filling them with the Holy Spirit. Transformational leaders put the mission in the hands of the followers and then give their all to support them. A transformational leader is more about the followers fulfilling the mission than their own accomplishments. I am taken aback every time I read John 14:12 where Jesus said that his followers would do even greater things than he had done.

Jesus made leadership development more about his disciples being the hands, feet and voice of the mission that we now call the Great Commission (Matthew 28:19-20).

My mother is my best example of this kind of transformational leader. She’s in heaven now, but she packed about 100 years into her 64 actual years she was given. (I dedicate this blog post to her.)

Her name was Beulah Lehman. I called her “Mama,” as did my 11 brothers and sisters, plus my several dozen foster brothers and sisters over the years. She was strong and smart. She delivered Meals on Wheels, was a farmer, hunter, school board member and an EMT. How did she have the time and energy to also plant five churches alongside my father? I’ll never know! She was a superwoman to many. For quite a period of time, we set the dinner table for 21 people — two large tables, stretched out for our multiethnic family to sit and eat together.

If you were struggling with something, she would say “Have you prayed about it?” or “What is God saying to you?” If you hurt yourself on the farm (and we had a variety of injuries over the years that my brothers and sisters still reminisce about) my mother would say, “Do you want to pray about it or go to the doctor?” There were several times when it was requested that we do both!

When someone had a complaint because of an inconvenience, she would say that it was preparation for becoming a missionary. Sometimes the complaint was about riding in a crowded car or walking up the long hill to our house in the winter because too much snow was on the road (true story). Other times it was not having hot water because my father was fed up with paying high prices to fill the fuel tank by the barn, so he began a long pursuit of becoming energy independent.

My mother was right about preparation. Most of us have become long or short-term missionaries and/or pastors. Much of who I am today is because of my mother’s influence to keep Jesus at the center of everything.

For this, we have Jesus.

Ultimately, my mama knew what transformational leaders believe. It’s about culture, followers and discipleship, plus evangelism, prayer and integrity. Separately, these are just simple words. But when you put them together, in the hands of God, the results are miraculous.

At the end of the day, it’s not only about transforming a culture, church or denomination. It’s about people. A person. Your family member. Your co-worker. The homeless person down the street and around the corner. The person you don’t get along with at school. The first-time guest at church this Sunday. It’s about a transformed life. And I’m sure you can agree with me on this: only Jesus can transform a life.

As we lead in whatever role God has called us to, we do so under the banner of “transforming lives, churches and communities through the hope and holiness of Jesus Christ.” The Holy Spirit himself empowers us. So, let us all humbly walk in the Spirit. Let’s imagine that together.

Dr. Anita Eastlack is executive director of Church Multiplication and Discipleship for The Wesleyan Church.