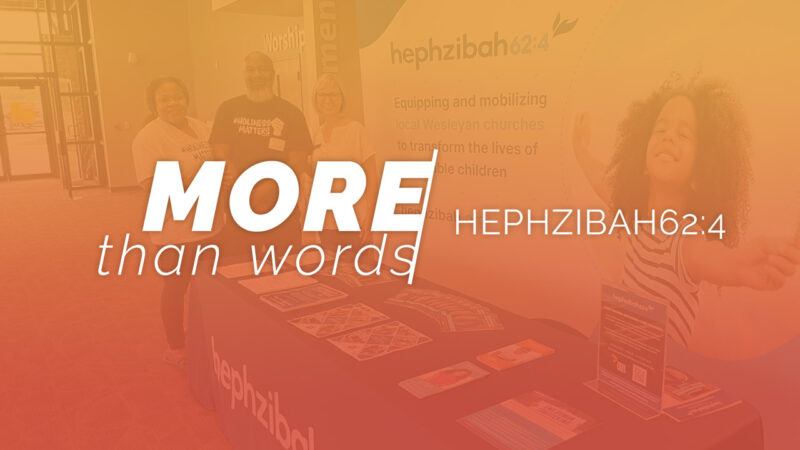 Hephzibah62:4 and The Wesleyan Church’s other subsidiary organizations demonstrate Wesleyans’ commitment to action.

In the first part of the “More than words” series, we explored Rev. Zach Szmara’s Facebook post reflecting on how Wesleyans are deeply committed to action as well as words. We looked at how Immigrant Connection, a subsidiary of The Wesleyan Church (TWC), came into existence and how it now lives into a “radical gospel witness” in the communities it serves.

Today, we will highlight another TWC subsidiary, Hephzibah62:4. With foundations stretching back over a century, Hephzibah has a long history of speaking up for the sanctity of life and standing up for vulnerable children.

In 1900, Bettie Tyler and her sister found themselves caring for four young boys that a relative had entrusted to them. In a leap of faith, the two decided to move into their childhood farmhouse in Georgia and start an orphanage. From that orphanage grew an organization that is still active more than 120 years later.

Hephzibah62:4 Director Jodi Lewis says in those early days, Bettie was forced to rely totally on God. The fledgling orphanage faced many difficulties, once even being forced out of a property due to devastating fires. But through every up and down, Bettie “was always on her knees,” praying for provision. Her commitment to following the Lord’s will shaped the development of the organization from the very beginning.

When Bettie neared the end of her ministry, she chose to pass the torch to the Wesleyan Methodists, charging them “to do and dare and suffer for the orphans.”[1] Hephzibah officially became part of TWC in 1922 and has remained with the denomination ever since.

Throughout the decades following that historic moment, the ministry of Hephzibah has faced many transitions. The goal of every change was the same, however: to serve most effectively amid the shifting climate of child welfare.

The most recent transition, from one physical place to the decentralized model of Hephzibah62:4, is no exception. As part of the transition, the money from the sale of Hephzibah’s former property went into an endowment. The interest from the endowment fully funds the organization’s operations, so every penny of donations can go directly to providing ministry grants, funding adoptions and equipping Wesleyan families and churches with resources to assist in transforming the lives of vulnerable children. 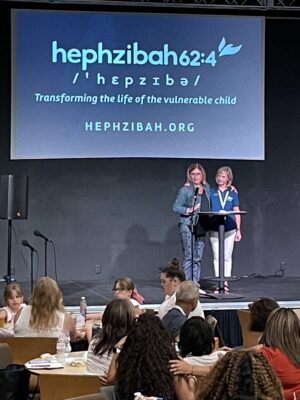 In this new season, the Hephzibah62:4 focus on equipping and mobilizing local churches challenges each of us to discover our unique role in transforming children’s lives. TWC’s Crossroads District recently set a powerful example for the rest of the church in this regard.

Following the Supreme Court decision to overturn Roe v. Wade, the Crossroads District Conference voted unanimously to donate $10,000 to Hephzibah62:4. District Superintendent Mark Gorveatte urged local churches in the Crossroads District and beyond to rise to the challenge of acting on our commitment to the sanctity of life. In a Facebook post about the conference’s decision, General Superintendent Dr. Wayne Schmidt wrote, “I’m grateful advocacy and action are not only in our history but remain our present reality.”

Other districts have joined in, donating monies to the work of Hephzibah62:4. Wesleyans are faithfully pressing in and stepping up because of a shared commitment to live lives that are more than words alone.

With the state of current events and a renewed commitment to the local church’s role in caring for vulnerable children and families in every community, Jodi says it has been exciting to step forward on behalf of Hephzibah62:4 and say, “God has clearly been preparing us for such a time as this!”

As Hephzibah62:4 celebrates 100 years of TWC’s leadership, Bettie Tyler’s words during the 1922 transition challenge the church with the weight of responsibility and a confidence in God that still compels us today: “The thing most to be afraid of is grieving the Father of the fatherless by proving yourselves unequal to the momentous responsibility He has laid upon you … We feel this is only the beginning of Hephzibah’s prosperity.”