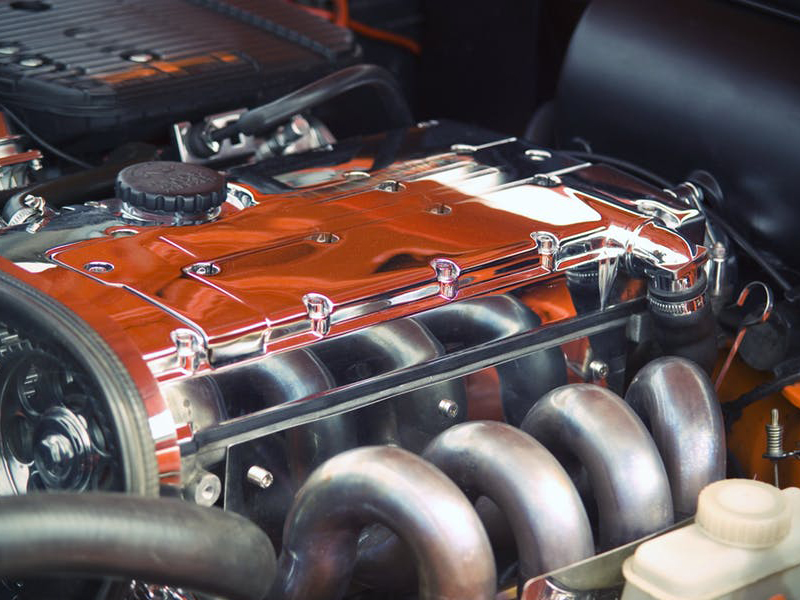 Jon Wiest, teaching pastor at Trinity Church in Fishers, Ind., shared this TED Talk at a recent Exponential (church planting) shoulder event of The Wesleyan Church. Around 200 Wesleyan district superintendents, pastors, and leaders were in attendance.

My oldest daughter recently asked, “Dad, what happens if one of the engines goes out when we are flying?” She is deathly afraid of flying, and we were scheduled to fly to Disneyland soon.

Just to be safe I Googled the question and came across an aviation website where one of the pilots was quoted as saying that, indeed, “A twin engine plane can fly perfectly well on one engine. In fact, it can even take off and land with just one engine.” I shared the news with my daughter the next day and showed her the website, “Honey, if an engine goes out, not to worry. We will be fine. You can fly a plane with only one engine firing.”

That got me thinking.

You can also plant a church with only one engine firing. The engine of evangelism.

Think about it. Find a powerful and gifted preacher with a passion for the lost, create innovative outreach ministries, gather as many people as possible to hear the gospel message of grace and forgiveness, and pray fervently for professions of faith and baptisms. Continue to promote what God is doing and cast a wide net, and I’m here to say that you can plant a growing church.

You can plant a church with the engine of evangelism.

George Whitefield was one of the most prolific and powerful evangelists of all time. His first outdoor sermon was on February 17, 1739, and most estimates agree from that point forward he spoke about 1,000 times a year for the next 30 years of his life. He preached more hours a day than he slept. Eighty percent of the population of the American colonies heard Whitefield speak in person at least once and 10 million people heard his message on two continents. He once preached to over 35,000 people with no amplification and eyewitnesses say his voice could be heard up to two miles away.

Whitefield understood the engine of evangelism.

In fact, he became the main instrument of God in the Great Awakening of England and the colonies, making seven preaching tours across the Atlantic. His passion for the lost ran high and in 1770, the 55-year-old made the famous statement, “I would rather wear out than rust out.” The next day after preaching a rousing sermon, he died. He wore out. The revival died with him. The fruit didn’t last. There are no Whitefieldians today.

The engine of evangelism.

But if you want to launch a movement, you will need two engines firing, the engine of evangelism and discipleship.

John Wesley launched a movement. The engine of evangelism was crucial and Wesley understood its importance. In fact, Whitefield introduced Wesley to field preaching, a strategy Wesley used nearly all his life as a means of sharing the gospel. But Wesley added the engine of discipleship and the structure of societies, classes, and bands that formed the backbone of the movement. Wesley wrote, “Establish class meetings and form societies wherever you preach and have attentive hearers; for, wherever we have preached without doing so, the word has been like seed by the wayside.”

In Wesley’s view, the Great Awakening subsided largely because George Whitefield’s converts did not receive adequate spiritual oversight. They weren’t discipled! In fact, Wesley felt so strongly about discipleship that he would not send preachers where he could not form societies, because failure to support new believers was like “begetting children for the murderer.”

Whitefield launched a movement with one engine and it all but ended when he died.

Wesley launched a movement with two engines and it multiplied when he died.

Over the last 10 years, I have had the privilege of planting two churches. Both are still going strong, and our most recent church plant in Des Moines, Iowa, had a record Easter attendance. Praise God for church planting!

But something shifted in my spirit a while back and these days I find myself thinking less about planting a church and more about unleashing a disciple-making, church-planting movement. You can plant a church with the engine of evangelism. But if you want to launch a movement, you will have to engage the engine of discipleship.

I mentioned earlier that I did some research on airplane engines and discovered that pilots can indeed fly a plane with one engine. In fact, if an engine did fail in flight, the pilots would walk through a checklist to ensure the engine was secure and safe. But it was the next statement from my research that really got my attention. The pilot being interviewed continued, “While a pilot can continue to fly with one engine, prolonged flight is risky and as a precaution, the pilot would need to land at a nearby suitable airport. Unfortunately, you probably wouldn’t arrive at your destination!”

My admonition to each of you would simply be this. Stop trying to fly the plane with one engine. If you do, you will never arrive at your destination and, like Whitefield, you will probably wear out. Instead, fire up engine number two and with the same passion you have for reaching the lost or planning a weekend worship service or growing the church, put that type of passion into thinking through discipleship and developing leaders and obeying the Great Commission.

I’m convinced that it is only when both engines are firing that we will begin to experience a movement.