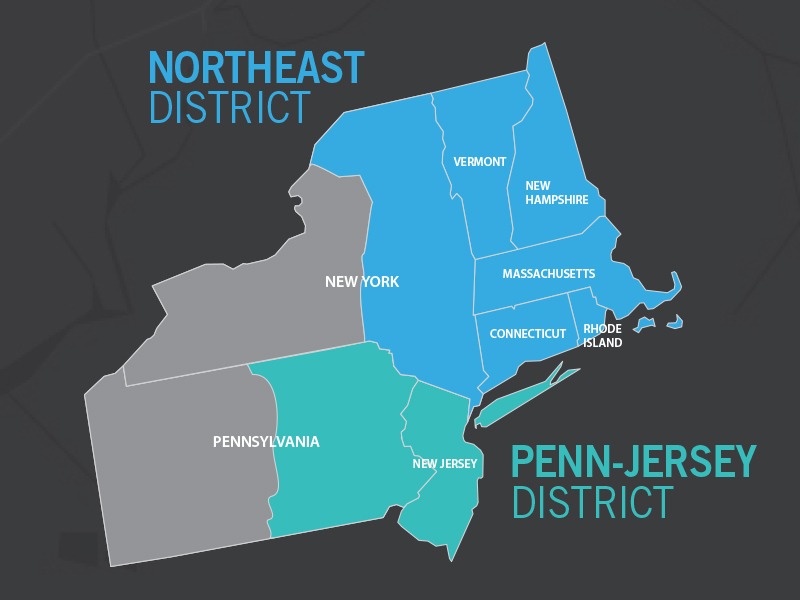 The districts will submit a resolution to the General Board of the denomination, requesting its approval in May 2018. Upon a favorable vote by the General Board, a merging conference will be held on June 7-8, 2018, to organize the newly formed district, including the election of a district superintendent and a district board of administration.

“God is up to something very exciting here in the Northeast.” said Penn-Jersey District Superintendent Karl Eastlack. “He has strongly impressed upon us to reach his lost children among the 38 million who reside here, including the great cities of Philadelphia, New York City and Boston. This merger will help to fuel that passion in tangible ways.”

“District personnel have been heard to say, ‘We’re willing to sacrifice comfort in order to achieve the mission of reaching the lost for Christ.’ This well-trained and motivated team does not see this merger as an ending but the beginning of a new chapter in effectively reaching the lost for Christ. With anticipation they believe that the best days for a Northeast Awakening are just ahead.”

James will retire after serving through the Northeast District conference this summer. He has served as a district superintendent in The Wesleyan Church for 17 years (Kansas from 1994 to 2001, and Eastern New York-New England/Northeast from 2008 to 2018).