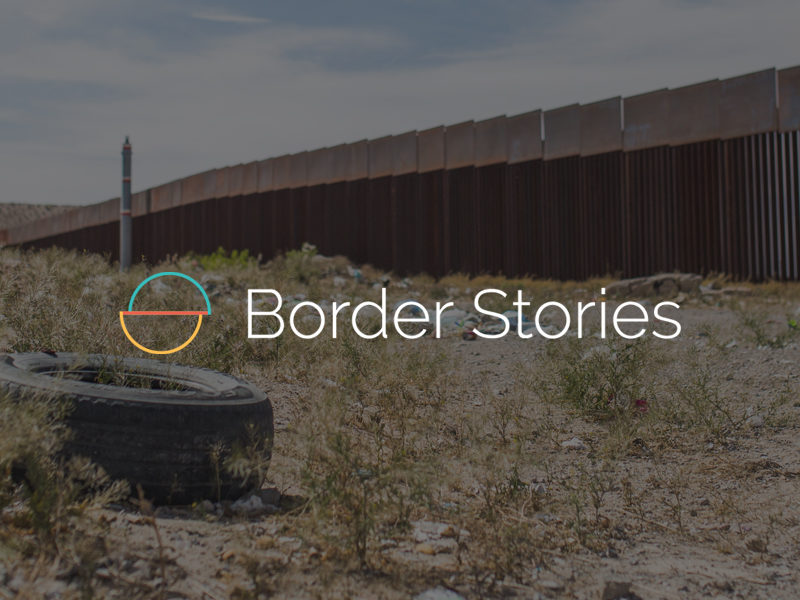 Andrea Summers addresses the myths and misinformation about immigration, replacing them with a more robust, hopeful and redemptive picture of reality.

I recently traveled to the United States’ southern border with a small team of pastors and academic leaders. We were in El Paso, Texas, and Juarez, Mexico, interviewing asylum seekers, connecting with pastors and local leaders, meeting with U.S. Border Patrol agents and visiting shelters on both sides of the border.

There is something about witnessing raw human need that changes you. Suffering has always forced humans to ask the question, “why?” And I found myself asking this over and over again. And the embarrassing truth was, I had no answers. I had to admit how uninformed and misinformed I had allowed myself to be about the immigration crisis at our southern border. I had to repent. 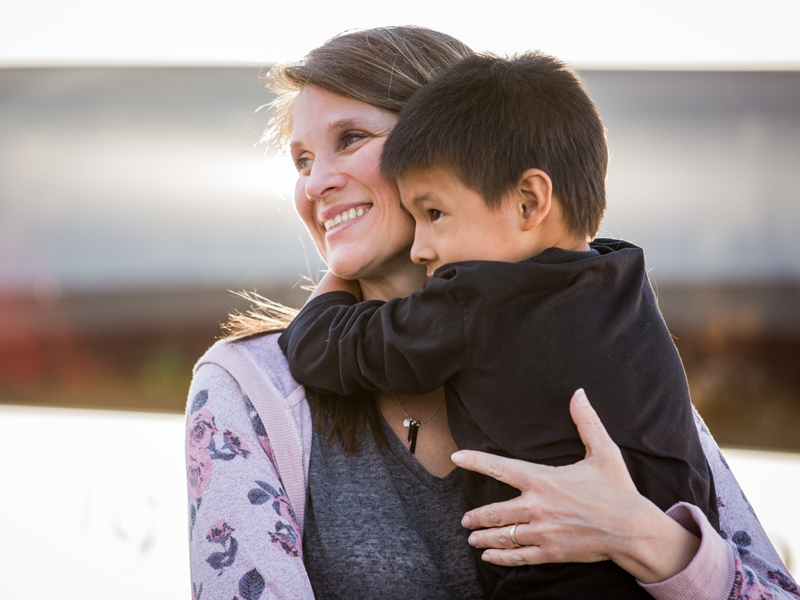 Rather than be overwhelmed, misinformed or blissfully ignorant, I have returned from El Paso with a commitment to get out of the polarizing media and have real conversations about immigration, addressing the myths and misinformation and replacing them with a more robust, hopeful and redemptive picture of reality.

MYTH #1: Most of the immigrants are crossing illegally

The vast majority of immigrants at our southern border, right now, are asylum seekers from Central America’s Northern Triangle. These refugees are forced to flee their homeland because of corrupt government, corrupt law enforcement, gang violence, torture and excruciating poverty. And under United States law, as soon as you touch U.S. soil, it is legal to ask for asylum. There is a humanitarian crisis happening in Central America right now and this has resulted in a significant upsurge in families seeking asylum. According to U.S. Border Patrol interviewed in El Paso, over 80 percent of those seeking asylum are families. The majority of these families are waiting at our border crossings. But even those who cross elsewhere actively search for Border Patrol so that they can present themselves and ask for asylum.

Every single refugee our team encountered was from Central America. Let me offer two examples of what these asylum seekers are fleeing from. I met Sergio at a shelter in El Paso. He was from Guatemala and longs to be an evangelist. He spent nine days in a detention facility and used that time to gather the men in his cell for prayer. Sergio described fleeing a life of hunger in Guatemala where he and his small family would go days without a single bite of food. How is it that Guatemala, a fairly prosperous country in terms of gross domestic product, has some of the worst rates of chronic malnutrition in the world? How does land called the Fertile Crescent have 70-percent malnutrition rates in children? Guatemala is one of the most unequal countries in the world with eight families owning the majority of farmable land. This leaves the rest of Guatemalans to sharecropping. Survival offers little opportunity to get ahead and sharecroppers live from one harvest to the next. One bad coffee crop and entire regions are plunged into excruciating poverty and hunger. 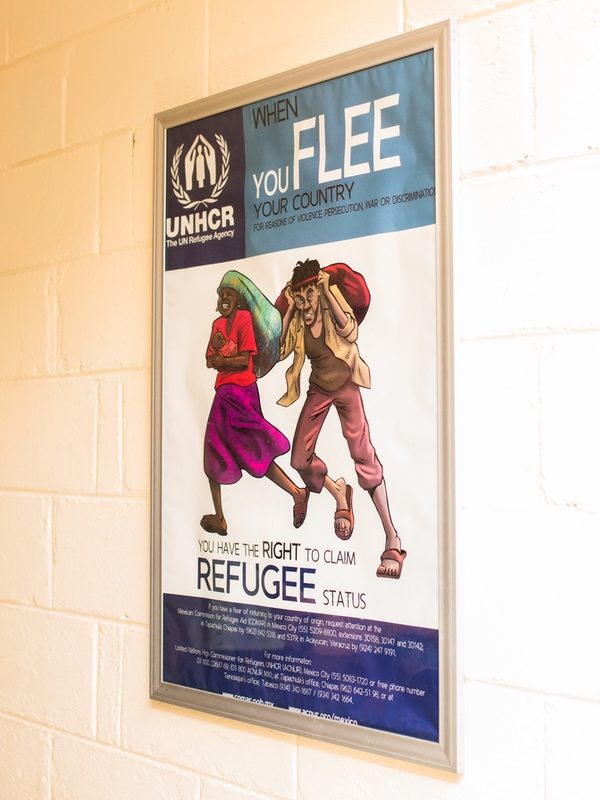 I met Leon* at a shelter in Juarez. He had fled from Honduras where gang members were threatening his 11-year-old daughter. He could not go to the police because they were complicit with the gangs in his city. So, he went to the gang members in his neighborhood and told them to leave his daughter and his family alone. That night, his home was riddled with bullets and his car was bombed. So, he drained his bank account, packed up his family of four and left everything. This was the recurring theme from refugees we met along the border. Almost every one of them had a harrowing story of murder, rape, violence, torture and intimidation.

Whether like Leon at a border entry point, or like Sergio who stepped foot on U.S. soil and searched for Border Patrol agents, the truth is that asylum seekers are crossing legally and then submitting themselves to more rigorous screenings than any other immigrant the government allows into the United States. Seeking asylum is a very lengthy and rigorous process that includes background checks, fingerprint tests, interviews, health screenings and more.

These families, fleeing injustice and submitting themselves to the asylum process, are the faces that dominate the immigrants at our southern border.

Undocumented immigrants are different from asylum seekers. However, every single time I bring up immigration this myth is always raised. And so, it is worth addressing even though it highlights the contributions of a different population of immigrants than asylum seekers.

According to the American Immigration Council’s nonpartisan research, there is little connection between immigrant labor and unemployment rates. And the last time I shopped at Target, no one asked me if I was a legal resident or not before they expected me to pay sales tax. In fact, undocumented immigrants pay taxes every time they buy goods and buy or rent property. Not only that, but a 2017 report from the ITEP shows that undocumented immigrants pay almost $12 million in state and local taxes and another $13 billion in Social Security benefits they will never get. Economists have calculated that our country’s Social Security would be bankrupt if it weren’t for the contributions of undocumented immigrants.

While undocumented immigrants (and asylum seekers) have a right to schooling and emergency medical care, that is the extent of the benefits they receive. Undocumented immigrants and asylum seekers are not eligible for welfare, food stamps, subsidized housing, Medicare or Social Security. Even legal permanent residents are only eligible for benefits after they have lived in the U.S. for over five years.

The bottom line is this, contrary to what we may have been told, both documented and undocumented immigrants pay more into public benefit programs than they take out. The Cato Institute found that, over the course of a lifetime, the average immigrant will pay $80,000 more in taxes than he or she takes out in benefits and services.

MYTH #3: The immigrant population is exploding and hurting the economy

Recent months have seen an upsurge in asylum seekers from Central America, but contrary to the idea that immigrants are exploding, since 2009, the United States’ immigrant population has continued to hold steady at about 13 percent of the population.

However, even in regions of the U.S. where the immigrant population is growing, researchers have demonstrated over and over again that the influx of new families serves to bolster regional economies rather than harm them. Perhaps we should not be surprised that refugees have higher entrepreneurship rates than the U.S.-born population. The reality is that blocking refugee resettlement not only diminishes the humanitarian impact of U.S. efforts, but also results in the loss of economic benefits that refugees provide.

Cities like Columbus, Ohio; Eerie, Pennsylvania; Detroit, Michigan and Akron, Ohio, are powerful testimonies to the impact refugees have on economic progress. When refugees move into areas previously in decline, they spark growth. In “Rust Belt” cities like Eerie, refugees have actually prevented population decline, the spread of urban decay and drops in the housing market. For example, employers in manufacturing and other sectors have been able to remain in business because of refugee resettlement to Eerie.

To see what immigrants are contributing to your local economy, check out this interactive map.

Rev. Andrea Summers is a professor, pastor, writer and preacher. She teaches in the Division of Religion at Southern Wesleyan University in Central, South Carolina, loves to preach and teach Scripture and is passionate about raising up the next generation of dynamic leaders for the church. Summers is passionate about biblical justice and authentic vulnerability and their critical connection to spiritual formation. She lives in South Carolina with her husband, Jeremy, and four kids.