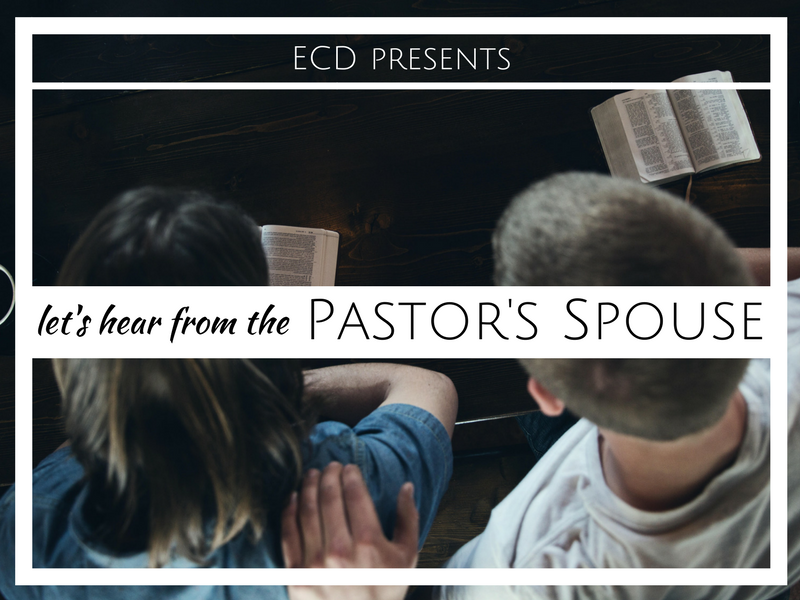 Cutting her own path: Amy Spaugh

The secret to flourishing in your own right as a pastor’s spouse is finding a way to get involved with the things you really care about, Spaugh said.

When Amy Spaugh and her husband, James, came to Bagley Swamp Wesleyan Church in the small town of Hertsford, North Carolina, Spaugh didn’t put curtains up in the parsonage, fairly certain that as a young pastor’s family, they wouldn’t stay at the congregation long. Twenty years later, not only do they have curtains but also a home they own in Hertsford.

“Twenty years ago there wasn’t as much diversity in pastors’ spouses,” Spaugh said, recalling her early struggles to figure out her role in the church. The pastor’s wife who came before her held a prominent role in the congregation, and her departure left a list of gaps that Spaugh didn’t have in mind to fill.

“I’m not a piano-playing, singing, crafty kind of woman,” she laughed.

With two young boys, a baby girl and a handful of career goals, Spaugh had dreams aside from co-leading the 70-member congregation. Spaugh studied journalism at University of North Carolina at Chapel Hill, where she met James.

But 20 years ago, the prescribed roles of the pastor’s spouse were fairly clear cut, and they generally didn’t include a career outside the church.

“As a teenager I saw the pastors’ wives at all of the district events and church events. They were dressed up and put together,and put on a pedestal. Their lives revolved around their spouse’s calling,” Spaugh said.

Spaugh knew that lifestyle wasn’t for her. “I have my own personality and my own expression that is different from my husband’s,” she said.

As a young pastor’s wife, Spaugh said she felt expected to jump in and lend a hand in the small congregation, whether those expectations came from the church or from herself.

“When the church was smaller, I felt more expectations to fill the gap —  any kind of gap. I felt I needed to be the one to fill it,” Spaugh recalled, from teaching Sunday school to organizing vacation bible school.

Spaugh said that over the years, she has learned that the best way to handle these expectations is to communicate with her husband —  and not to compare herself with other pastors’ spouses.

“For me, the best way to deal with that was to talk to my spouse about it. He’s been able to set the tone with the church board and individuals in the congregation,” she said.

That open communication gave her the freedom to say “no” to roles she didn’t want to take on and also protected her relationship with her husband. It prioritized their marriage over their responsibilities in the church.

“I also tried super hard not to compare myself to other pastors’ wives,” she added.

Twenty years later, with two sons married and a daughter in college, Spaugh’s weekday routine includes an early-morning trip to the gym before her hour commute to Virginia Beach to manage a team of informational technology professionals. Evenings sometimes include church events, sometimes relaxing with her family and Netflix.

But even with a full life of her own apart from the happenings of the church, Spaugh said her identity as a pastor’s spouse makes her days “special.”

The role has given her “a place in the community and a voice, and has given her children a huge extended family that shows endless interest in their lives. “We’ve been enriched by it,” she said.

While Spaugh hasn’t permitted herself to be swallowed by the post of pastor’s spouse, she has allowed it to stretch and grow her, as she has chosen to step into roles she never dreamed she’d fill.

“I don’t sing but I ended up singing in an ensemble,” she laughed. “I ended up doing things I never thought I could do.”

“The secret to flourishing in your own right as a pastor’s spouse is finding a way to get involved with the things you really care about,” Spaugh said.

“I think it’s really important to try to find something that you really care about, both in the community and in the church. For me that was education and the school system,” Spaugh said, explaining that for the past 10 years, she has served as an elected member of the school board.

“It gave me something that was mine,” she said.

Spaugh said the most satisfying part of being a long-term part of the Bagley Swamp congregation is seeing “the church be healthy and grow.”

As she has stepped in and out of various roles at the church over the years, one of her goals has been to train other congregation members to step into the role so that she can transition out. “If I can work myself out the role, that’s a successful season,” she said.

She said the congregation, which now has about 220 weekly attendees, is continually growing up, just as her own family is.

“When I can see life change, spiritual growth and people taking on leadership roles, it’s very satisfying, more than accolades or nice things people say to us as the pastor’s family,” Spaugh said.

Twenty years into the role, Spaugh herself is setting an example for younger pastors’ spouses, or spouses-to-be, to live genuinely and pursue their callings while still loving and embracing the church their partner leads.