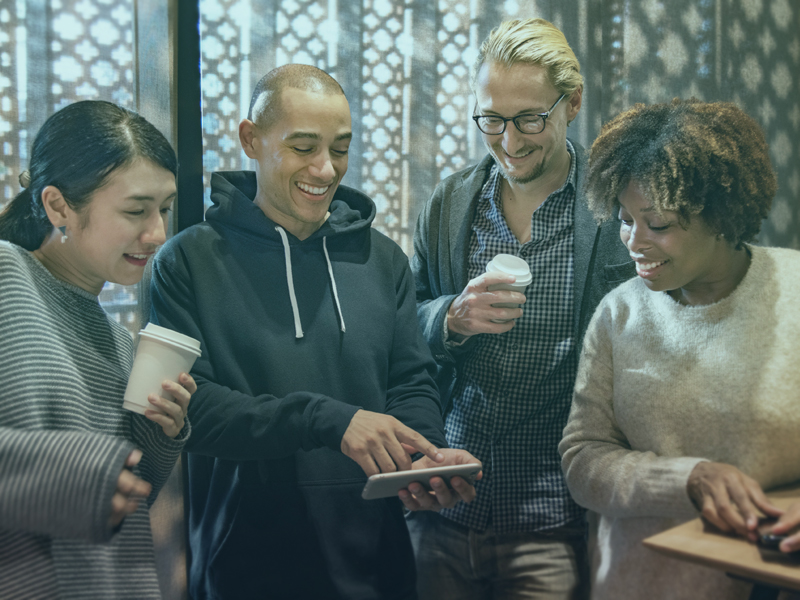 Certain outcomes for discipleship can only be achieved in certain spaces.

People relate to one another differently in different spaces. Gather 30 people together in a large worship center and the experience will feel disconnected and distant. Gather the same 30 people in a living room and the energy and connection will increase exponentially. Ignoring these group dynamics is guaranteed to produce awkward results.

I’ll never forget the time I invited a guest worship leader to our men’s ministry one Saturday morning only to hear him shout into the microphone, “Is everybody ready to worship Jesus this morniiinnnggg?!” You would have thought we were gathered in a stadium that seated thousands. Instead, 15 – 20 men gathered around tables in a small seminar room and the response was predictable. Complete silence.

The reason community feels different in different environments was outlined in Edward T. Hall’s theory of “proxemics.” While examining the impact of space on culture, he discovered that the distance between two or more people impacts how those people relate. In his research, Hall discovered four distinct environments and named them public space (12+ feet in distance), social space (4 – 12 feet), personal space (1 – 4 feet) and intimate space (0 – 18 inches). In 2003, in his book The Search to Belong, Joseph Myers took this concept a step further and applied it to discipleship. He explained that while discipleship requires community, the size of that community and the space they inhabit matter — a lot.

Certain outcomes for discipleship can only be achieved in certain spaces. Jesus often spoke to the crowds in large public spaces. In these settings, his goal was proclamation and teaching. When it came to fellowship and mission, Jesus narrowed his focus to social space and gathered a smaller group of 70 together, offering instructions for service and a time to debrief when they returned together. Jesus also understood that for deeper levels of discipleship, a different space was required, and he regularly gathered with his chosen 12 in personal space to share life and ministry.

Most churches leverage public, social and personal space for disciple making through their outreach events, weekend worship services, Bible classes, missional communities or small groups that often meet in homes. But Jesus went a step further, and we must do the same. We can’t expect public, social and personal space to regularly accomplish the deeper work of the Spirit. Instead, things like confession of sin, personal instruction, deep biblical reflection and accountability require a different type of space.

These groups of 3 – 5 people are the missing space in most churches.

Edward Hall called it, “intimate space,” John Wesley referred to groups of 3 – 5 as “band meetings” and Peter, James and John are often referred to as “the inner three.” What does that space look like for you? Who are your “inner three” and if you have the privilege of leading a church or ministry, how are you mobilizing others to make disciples in this important space?

A healthy understanding of the dynamics of space can prevent unrealistic expectations in ministry. I wonder if we are expecting our worship services and small groups to produce mature disciples of Christ when, in fact, we are missing a space? The early Methodist movement gave incredible focus to this space and called it the band meeting. Francis Asbury was once quoted as saying, “Where these meetings of the bands have been kept up in their life and power, the revival of the work of God has been manifest.” Perhaps the same disciple-making revival could happen through you?

May God bless you in your effort to make and multiply disciples!

Jon Wiest is the multiplication pastor at Trinity Church in Indianapolis, Indiana, and has a passion to multiply disciples, leaders and churches. He is a graduate of Wheaton College (M.A. in Systematic Theology) and Wesley Seminary (M.A. in Practical Theology) and has had the privilege of planting two churches in Dallas, Texas, and Des Moines, Iowa.  He is the author of “Banding Together: A Practical Guide for Disciple Makers.”  Wiest is married to his wife, Katie, and they have four daughters. Visit www.bandingtogether.net.